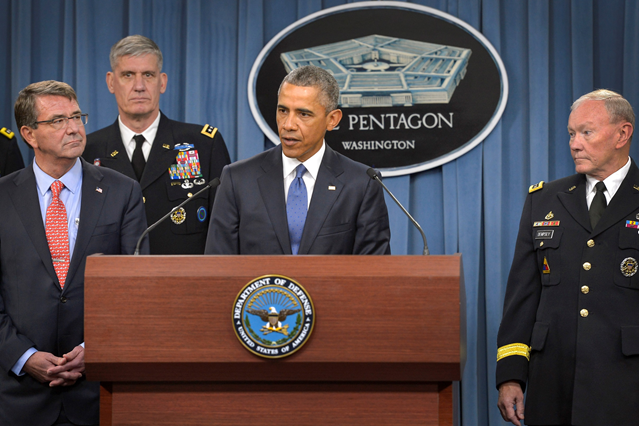 (BigGovernment.news) President Obama has proven time and again that he isn’t much for keeping promises.

Now, it seems, Obama hasn’t kept his word on defense spending, either. As reported by AMI Newswire:

Despite President Obama’s promise to crack down on no-bid contracts, his Department of Defense continues to issue contracts for widely available services without bid.
The contracts are often for mundane items and services that could easily be competitively bid. But, due either to various “set asides” or to other policies or laws, the ordinary bid process is suspended.

A case in point is the $16.2 million no-bid contract Sheppard Air Force Base staff awarded last summer to Work Services Corporation, a non-profit that focuses mostly on military work and provides jobs to people with disabilities.

About six months later, David Toogood, a top official at the base outside Wichita Falls, Texas, was hired as president and CEO for Work Services.

While Toogood had nothing to do with letting the food services contract and told AMI he sought an ethics opinion that found no conflicts with him taking the job, the contract highlights the increasing amount of dollars Defense officials spend without bid and the revolving door between top government officials and federal contractors.

Early in his first term, President Barack Obama signed an executive memorandum directing executive branch agencies to cut no-bid contracts. “We will end unnecessary no-bid and cost-plus contracts that run up a bill that is paid by the American people,” he said.

This may not seem all that important to the average taxpayer, but considering that the defense budget is one of the biggest line items each year, the failure to keep this promise is costing the nation dearly, and at a time when the wasted money could be better spent rehabilitating a tired military whose gear and equipment has been worn out through 15 years of low-level combat. And at a time of historical debt (that doubled under this president).

“It’s a pretty big problem, especially with the large companies,” said Neil Gordon, an investigator at the Project on Government Oversight, which promotes disclosure and accountability at the federal level.

Sure it is. Someone should tell the president, though he’s on his way out anyway.