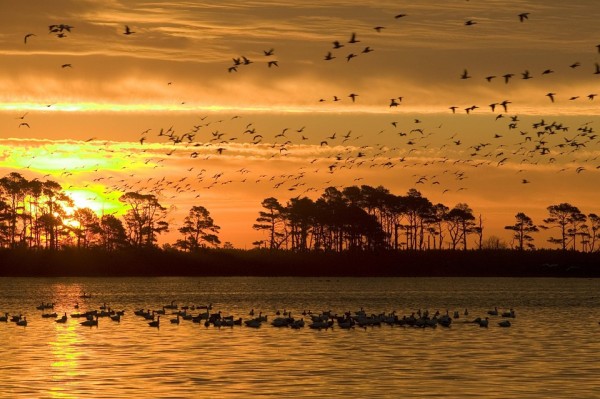 When you take a look at the Earth as a whole, people are responsible for the vast majority of its problems. From all of the pollution, to the terrorism and destruction, human beings do not treat our planet with the respect that it deserves. While it is easy to pass off these issues as not effecting us directly, our collective future will be abysmal if we don’t change the direction in which we’re headed.

According to a study by Living Planet Index, the number of animals living on Earth is set to plummet a massive 67 percent on 1970 levels by 2020, which goes to show just how quickly we are damaging our home planet. What people don’t seem to understand is that once an animal goes extinct, it isn’t coming back. There is no natural rewind button, which is what we will need if we don’t change our habits soon.

Damian Carrington of The Guardian reports, “The biggest cause of tumbling animal numbers is the destruction of wild areas for farming and logging: the majority of the Earth’s land area has now been impacted by humans, with just 15% protected for nature. Poaching and exploitation for food is another major factor, due to unsustainable fishing and hunting: more than 300 mammal species are being eaten into extinction, according to recent research.”

These are extremely bad habits that we have become accustomed to, and they must change for the betterment of the world at large. If they don’t change immediately – before 2020 – then we might not have a world worth living in. Both environmentally and societally, our world is facing a terrifying collapse. We refuse to look at things through an honest lens, and it has been destroying everything for quite some time now. If we are actually going to fix any of our problems, we have to get real about what is causing them.

It is unfortunate that this is the fate that greedy humans have consigned us to, but we all have to live with the consequences. We are living in extremely dangerous times, and that’s all there is to it. We have to be prepared for the absolute worst, because the absolute worst is on its way. Between the death of millions of animals and the devastating presidential election, things seem to be worse than ever.

Since the federal government won’t do anything to fix these problems, we as the American people are going to have to do it ourselves. So we better get started.