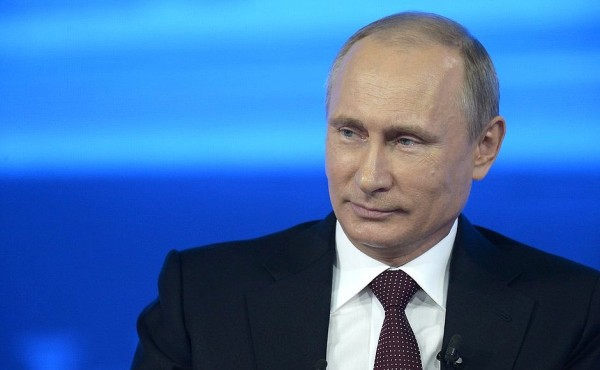 It appears as though World War III is on the horizon. With growing civil unrest all across the planet, it’s no surprise that the world’s powers would eventually reach a point where the only way they felt it possible to come to an agreement of sorts was through warfare – and here we are.

After things seemed to have calmed between the United States and Russia, everything was once again thrown into chaos, after it appeared as though Hillary Clinton was a shoe-in as the next president of the United States. After this news broke, the powers that be in Russia announced that if she is victorious, things will not go well for America. While they didn’t come out and say that they would wage war on our country, it was certainly implied.

Now Vladimir Putin is collecting former allies of the United States in an apparent attempt at destroying the American Empire. While this could definitely benefit those of us who want to see a definitive end to the globalist madness that is overtaking the world at large, there would obviously be devastating consequences to such an action. Most importantly, this could mean that World War III actually happens, which is sure to lead to a full-fledged nuclear war that destroys the world as we know it.

Basically, it will not be a good thing if this happens the way it appears that it will.

James Holbrooks of Underground Reporter writes, “So while Putin’s sailing of the Russian fleet toward the Mediterranean Sea may, indeed, as many have suggested, be about power projection in the Middle East — which doesn’t negate the possibility the fleet also has every intention of laying waste to Aleppo — it’s difficult, given the emerging pattern, not to conclude that Russia and cohort China are making a move toward something much, much bigger.”

Sadly, the decision over whether or not we end up in a world war is not up to the American people. If it was, then obviously we would be doing everything we could to prevent this from happening. But when you have the likes of Hillary Clinton making the decisions, it’s only a matter of time before everything crumbles to the ground. This is why we should all be prepared for the complete collapse of society.

As scary as it is to think that everything could be destroyed as soon as tomorrow, it’s scarier to think what would happen if we weren’t prepared for this.