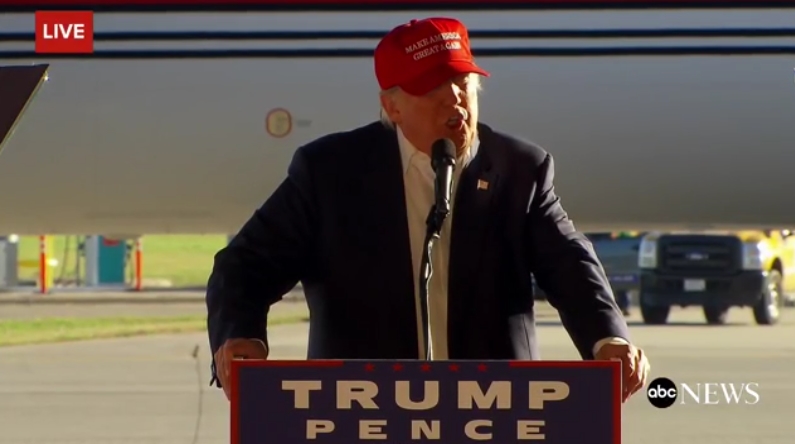 Then, moments later, the official responses started flooding starting with House Speaker Paul Ryan, who has been notably on the fance regarding his support for Trump, and has failed to come to his support by naming him in recent public appearances, did just that, when in a statement said that “Regardless of this decision, the undisputed finding of the FBI’s investigation is that Secretary Clinton put our nation’s secrets at risk and in doing so compromised our national security. She simply believes she’s above the law and always plays by her own rules. This is a pattern with the Clintons, and the American people should not have to endure four more years of their scandal and baggage. Fortunately, the American people have the opportunity to ensure Secretary Clinton never gets her hands on classified information again. Let’s bring the Clinton era to an end by voting for Donald Trump on Tuesday.” 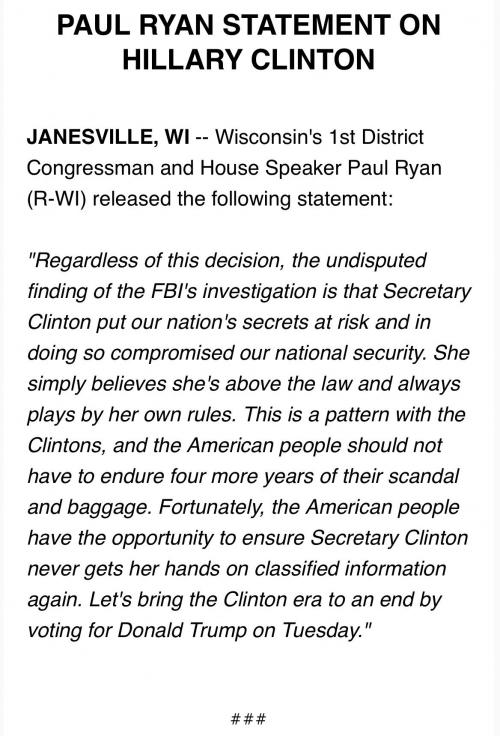 Shortly thereafter, RNC Chairman Reince Priebus issued the following letter on the FBI’s (latest) letter to Congress, saying that despite today’s flipflop, “none of this changes the fact that the FBI continues to investigate the Clinton Foundation for corruption involving her tenure as secretary of state.”

Then there was Senate Judiciary Committee chair ChuckGrassley, who called the FBI letter “another vague announcement”.

Senator Dianne Feinstein, one of the most vocal critics of James Comey after his first letter to Congress two weeks ago alongside Harry Reid, was not placated by today’s move, quite the contrary in fact, saying “Today’s letter makes Director Comey’s actions nine days ago even more troubling.” 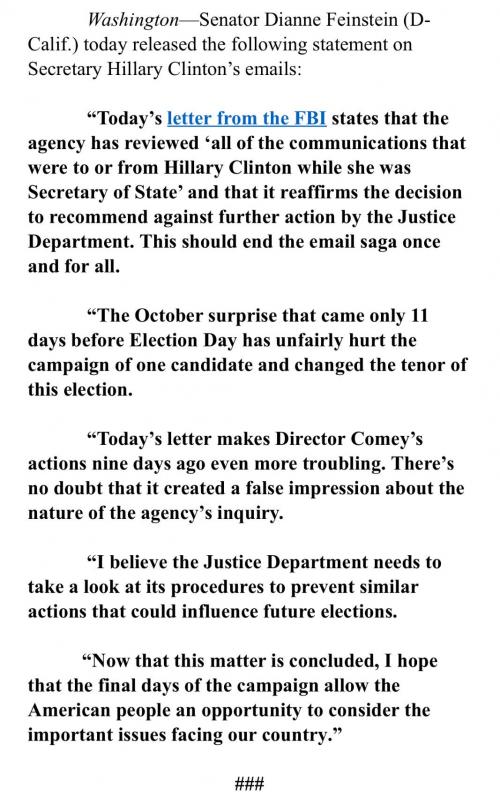 Then there was Senate Judiciary Committee chair ChuckGrassley, who called the FBI letter “another vague announcement”.

Meanwhile, for anyone expected a Tweetstrom from a furious Donald Trump, you may have to wait. According to the NYT, Trump’s press aides have revoked access to his Twitter account, as the GOP nominee tries to stay on message for the campaign’s final stretch. The report claimed that Trump no longer has control of what goes out on his Twitter account, with aides drafting and sending out messages with his help.

In one example given by the Times, Trump and top press aide Hope Hicks co-authored a tweet about how President Obama shouldn’t be spending his time in office campaigning for Clinton that Hicks approved and sent. Trump’s social media account boasts more than 13 million followers and the unconventional politician has regularly leaned on it to tar political rivals and give voters an unfiltered look at his thoughts. But his Twitter musings have been a regular source of headaches for his campaign both during the primary election and the general election.