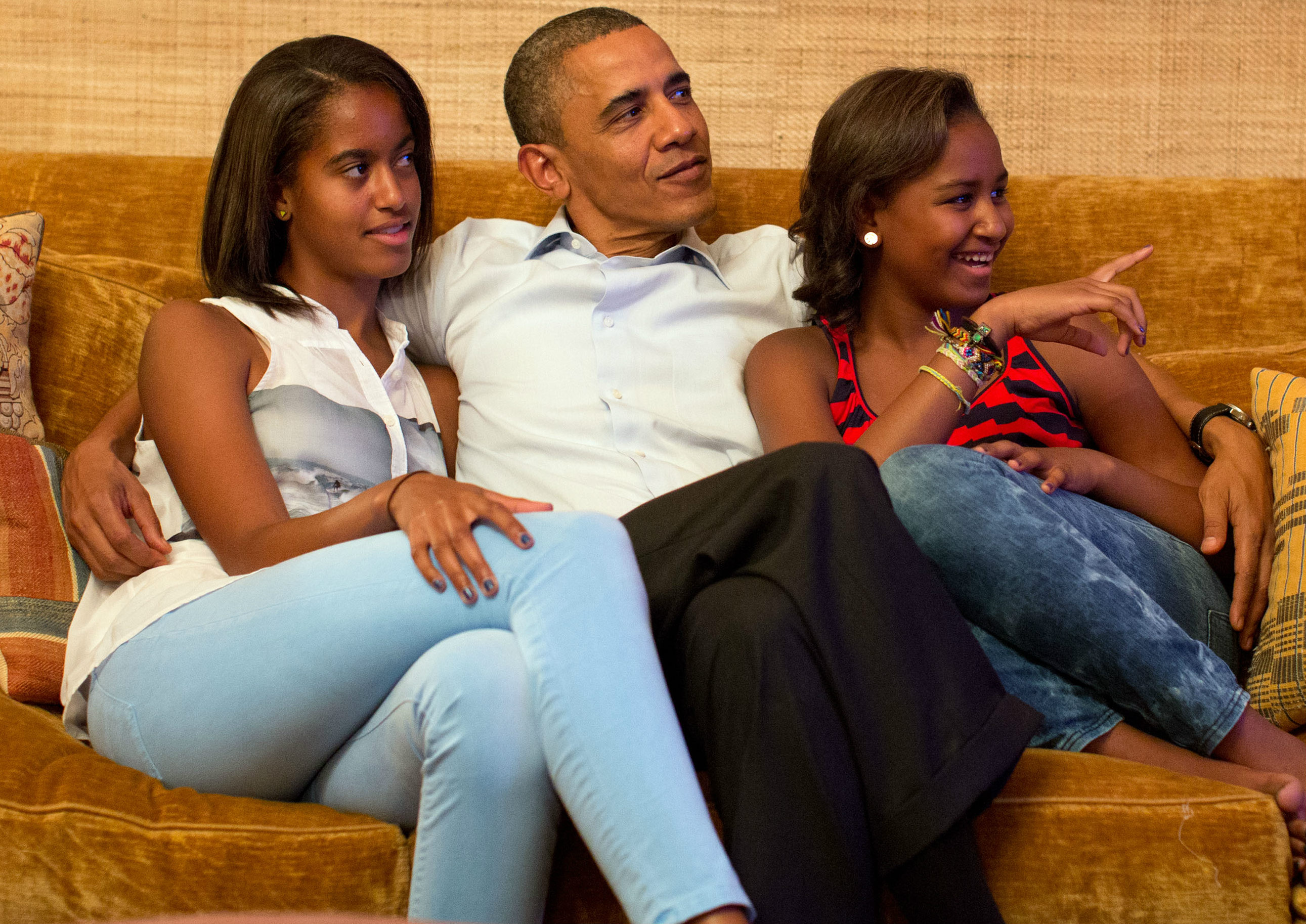 (Freedom.news) While history books written by today’s academic Leftists are going to be extremely kind to Barack Obama – he’s the first African-American president, he broke the barrier, yada, yada – the reality is, this man has created a legacy that sets a number of horrible examples for our children.

And, of course, for his.

Now that Election Day is here, Obama is set to be replaced either by the most corrupt, most investigated, and most controversial of all presidential nominees, or by a successful billionaire businessman who, admittedly, is rough around the edges and has flaws of his own.

In the first case, a Hillary Clinton presidency would break another barrier – the first woman president, as she has constantly reminded us. But as the first black president has proven, race and gender do not a good leader make.

To wit – these are some of the life lessons Obama has taught his daughters and the nation’s impressionable youngsters:

— Obama has taught his daughters that lying in pursuit of a ‘noble’ goal is okay.

— Obama has taught his daughters that they get to decide what is and is not a ‘noble’ goal.

— He has taught his kids that not all life is precious – only the lives they decide are important and worthwhile.

— He’s taught his children that it’s alright to harm tens of millions of people financially with bad policy, as long as you’re doing it in pursuit of another policy (like single-payer healthcare).

— Obama, the “constitutional law professor,” has taught his children that the nation’s founding document is really just a guideline and that nothing contained in it is absolute – so long as you’re pursuing ‘noble goals.’

— He has taught them that any action they choose, no matter how legally or morally wrong, is justifiable based solely on who they are.

— The president, along with most of his Cabinet members and other political appointees, have demonstrated to his daughters that there are two sets of rules in America: One for people like them, the “elite”; and one set for the common folk.

— He’s taught his daughters that as long as they and their families are taken care of, it doesn’t matter what happens to anyone else.

— Obama has taught them that it’s okay if other people die to protect your personal ambitions.

— He’s taught them that it’s alright to punish other people in order to protect yourself and hide your actions.

— To Obama’s daughters – based on their father’s examples – attacking people personally is alright if they disagree with you.

— The president has taught his children that smearing someone’s reputation and saying nasty, untrue things about them is acceptable if they oppose your point of view.

— Without question, Obama has taught his daughters that whenever there is any pushback or adversity in their lives, it’s not because of anything they’ve done or choices they’ve made, it’s because they’re black.

— Finally, and on that same note, Obama has taught his daughters to view with suspicion the motives of anyone who is white that may happen to disagree with them, because of things that happened hundreds of years ago.

Barack Obama has been one of the most corrupt, divisive presidents in our lives – and perhaps the most corrupt and divisive most of us will ever see. But his behavior has also been a horrible example for his children – and the children of millions of people – to follow.

And they will reverberate through our society for decades to come.