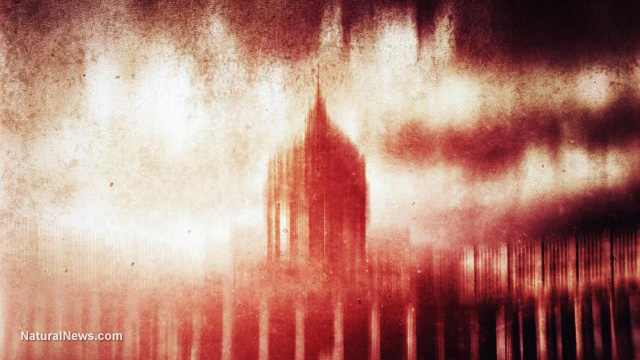 This is a red alert moment of action for all Natural News readers. For the last eight years, I’ve been warning you that the “big one” is coming from the stock market. I’ve told you how the quantitative easing (i.e. endless money printing) of the central banks was artificially pumping up the markets by flooding the system with fiat currency. I’ve urged you to get out of digital (fictional) assets by selling stocks and buying REAL assets that survive a market crash (such as physical gold, farm land with water, stored food, etc.).Today, I’m announcing a red alert warning: The big crash is likely to begin soon after the election, no matter who wins.I’m not the only one who sees this coming, either.

“David Stockman warns both Trump and Clinton could lead to 25% sell-off,” blares a CNBC headline:

“The markets are hideously inflated,” warned Stockman on CNBC’s “Fast Money” this week. The former Director of the Office of Management and Budget under President Ronald Reagan urged investors to dump stocks and bonds ahead of the dangers that both Donald Trump and Hillary Clinton pose to markets if either is elected as President.

“If you don’t sell before the election, certainly do it afterwards. Government is going to be totally paralyzed regardless of who wins,” he said. “There could be a 25 percent draw down on markets.”

“For six months, or even longer, there will acrimony, there will be brinkmanship, there will be paralysis. There will be a swarm of house committees doing investigations from all of these wiki leaks!” Stockman said of Clinton’s hypothetical early days in the White House. This, he explains, will cause markets to implode.

Mac Slavo from SHTFplan.com adds even more weight to the worry:

There’s no other way to put it. The system as we know it will collapse. This, argues Karl Denninger of the Market Ticker, is a mathematical certainty. From the Presidential election to the rampant corruption in our financial, political and healthcare systems, he pulls no punches and warns that the worst is yet to come unless real action is taken immediately. Failure to do so, says Denninger, will lead to a collapse of everything we consider to be a part of our current way of life.

If we do not start locking people up our government, our way of life and every asset class… the price of all of them… is going to collapse. This is not a maybe. This is arithmetic.

Read more from Karl Denninger at Market-Ticker.org. He’s the author of “Leverage: How Cheap Money Will Destroy the World.”

If Trump wins, the stocks take an instant dive, reflecting the fact that corrupt Wall Street banksters realize their money making scams are going to end under Trump. After some strong government intervention, they will recover and just barely hold together until Trump is inaugurated in January of 2017. After that, it’s economic doomsday as the central banks deliberately crash the system to blame Trump and call for his impeachment.

If Clinton wins, the stocks temporarily surge, triggering a point of ludicrousness on the “over bought” side, then as people come to their senses about the runaway EVIL of the corrupt criminal they just elected, markets plunge into the financial abyss… very likely during Clinton’s first two years in office.

Either way, the horrendously overbought financial markets are headed over a cliff. It’s time to get out, or you risk being dragged over the cliff with them.

What this means, of course, is that your public pension is going to go bankrupt or lose the vast majority of its holdings. Tens of millions of retired government workers — teachers, professors, police officers, firefighters and more — are going to wake up one day and find out they’ve been royally screwed by the very system they once fought to protect.

Mark my words: That day is coming. Almost everyone is living in a state of irrational denial over the mathematics of it all. Almost everyone who runs these pension funds is basing their future ability to pay out pension “benefits” on wildly irrational, non-sustainable projections in perpetual market asset growth that simply cannot come to pass unless the laws of mathematics are transformed by God.

Establishment financial people are STUPID beyond belief, and they all suffer under the ridiculous delusion that endless financial growth will continue forever — to infinity — even though the markets and resources on our planet are FINITE. This is why they will all be proven WRONG when it hits the fan.

Yes, I’m right and they’re all wrong. Deal with it. It’s not the first time the entire financial establishment has been wildly incorrect. Case in point: Watch the amazing film The Big Short.

This has become my No. 1 favorite film of all time. You need to see this movie because it perfectly describes the delusion, the denial and the total idiocy of “mainstream” investors even as they are living inside fictional investment bubbles that must, by definition, come crashing down.

As you watch it, just remember that the housing bubble crash of 2008 is tiny compared to the global debt collapse that’s right around the corner. When this next crash arrives, it may take down not only brokerage houses, but global banks and possibly the currencies of entire nations (hint: the most vulnerable nations are the ones with the greatest debt… any idea who that might be?).

When that day comes, every dollar you have in the bank will be turned to ashes because it was nothing but electronic numbers to begin with. That’s the day you will wish you had listened to the Health Ranger and converted your useless make believe dollars into real assets like farm land, gold coins, functional firearms, storable food or income-producing machinery (like farm equipment or factory equipment).

Don’t make the big mistake of the clueless masses: They think everything AFTER the election is going to be just the same as it was BEFORE the election. They are totally, inescapably, pathetically wrong. Sadly, they are going to pay a very steep price for their stupidity, and many of them will lose almost all their life savings. Don’t let that person be you.