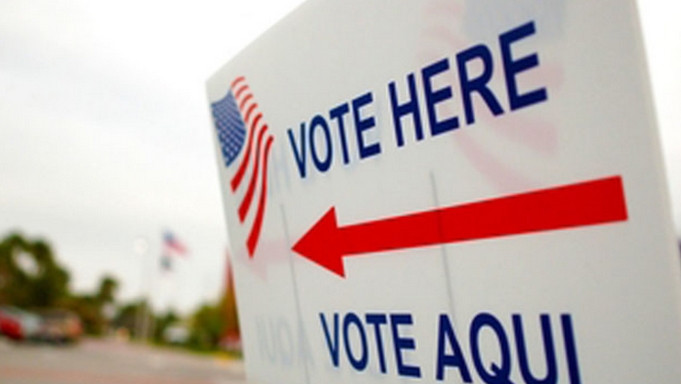 Throughout the day we’ve been reporting on instances where electronic voting machines were switching votes from GOP nominee Donald J. Trump to his Democratic rival, Hillary Clinton. Now come reports that machines in the must-win battleground state of Ohio are doing the same thing.

As reported by conservative personality Wayne Dupree, the “News Ninja,” some voting machines in the Buckeye State were also malfunctioning, with one voter named Jenna Lee tweeting that the photo protection feature built into the machines was turned off – perhaps to allow people who are not allowed to vote by law to cast ballots anyway.

“Wft? #Ohio’s state-of-the-art voting machines have photo-protection built in, #justturnitON from the drop down menu, but all have photo OFF??” she tweeted.

The machines were ostensibly checked, rechecked, calibrated and tested to ensure they function properly. But now, suddenly on Election Day, machines all over the country are “malfunctioning.”

As per the Lebanon Daily News, five to six machines locally were also switching votes from Trump to Clinton. As in earlier instances where machines were changing ballots to Clinton, voters in Lebanon County, Ohio, voters trying to cast a straight-ticket Republican ballot, watched in anguish as their presidential vote switched to Clinton.

And as before, election officials in the county are blaming a “calibration” issue, according to local reports.

The local paper reported that in each instance, voters were able to eventually cast a ballot for Trump as they had initially attempted to do. But the problem of voting machines changing ballots has been occurring all around the country in the early voting states in the East and Midwest, and many in battleground states.

Voters have taken to social media to express their anger and frustration with the ‘malfunctioning’ machines.

“Whats wrong with the old tried and true paper ballots? Never understood the obsession with voting machines,” one person tweeted.