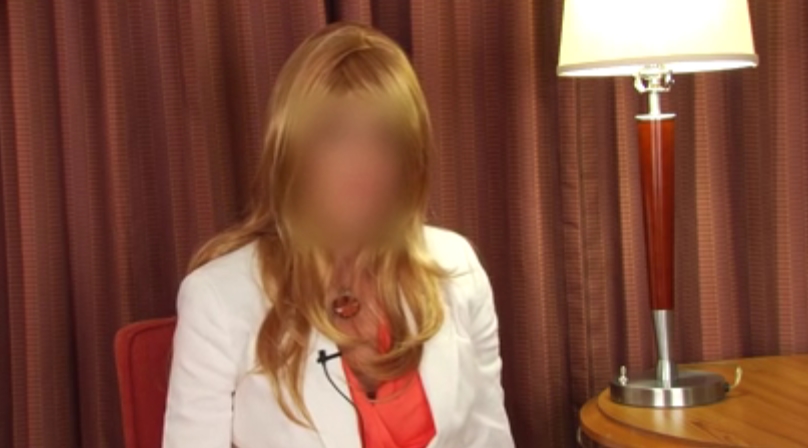 It was supposed to be an explosive scandal that dealt a knock-out blow to GOP nominee Donald Trump’s presidential aspirations just days before Election Day: A woman was set to go public with her claim that Trump and a billionaire pedophile raped her when she was just 13.

The woman, who sued Trump under the name Katie Johnson on April 26, claimed he raped her at a 1994 sex party hosted by billionaire pedophile Jeffrey Epstein. Johnson said she was treated as a “sex slave” who was subjected to rape, criminal sexual acts, assault, battery and false imprisonment.

Johnson reportedly “made it all up.”

That’s according to a new investigation by the Daily Mail.

“[T]he DailyMail.com has learned that the real reason the suit was dropped is because the claims were simply NOT true,” the Mail reported.

Johnson was all set to reveal her true identity at a Nov. 2 press conference, but she abruptly canceled, claiming she was “too afraid” to go public due to “threats” against her.

Even so, left-leaning media outlets went wild with the accusations. The Huffington Post asked, “Donald Trump is accused of raping a 13-year-old. Why haven’t the media covered it?”

On Nov. 5, Johnson suddenly dropped her lawsuit against Trump.

Johnson initially told the Daily Mail she was seeking to stop Trump from becoming president.

“We would have a rapist in the White House. I would feel horrified every single day if I stay in this country,” she said Saturday.

But on Monday, the Daily Mail reported:

The court papers offered no corroborative evidence that her claims were true. …

Thousands of loyal Hillary followers had opened discussion about the rape claims on Twitter and other social media networks hoping to damage Trump’s push for the White House. …

But DailyMail.com has been told that elements of what Johnson had claimed crumbled at the last minute.

Her claims today can be exposed as untruthful, the key fact being that Donald Trump was not involved whatsoever.

A source with knowledge of the controversial case told DailyMail.com: “Katie Johnson’s account had been believable and compelling right up until the last minute.

“But new information emerged that suggested she had not been telling the truth.

“Ultimately it was discovered that Donald Trump’s name had been inserted into this, he was not involved whatsoever. After that she had no credibility.”

The revelation slaps down any suggestion that Johnson dropped the case thanks to a secret financial settlement with Trump, as has been speculated on social media.

It also clears Trump of any hint of wrong doing in association with the lawsuit.

Johnson told the Daily Mail she didn’t know the identity of her attacker in 1994. Years later, after she watched an episode of “The Apprentice,” she said she came to believe it was Trump.

The report also noted that “Johnson has two DUIs and a felony drug possession on her record and a history of drug abuse.”

She also claims Epstein sexually abused her on two occasions in 1994.

“They found State Department emails,” he said of FBI investigators. “They found a lot of other really damning criminal information, including money laundering, including the fact that Hillary went to this sex island with convicted pedophile Jeffrey Epstein. Bill Clinton went there more than 20 times. Hillary Clinton went there at least six times.”

FoxNews.com reported in July that attorneys for Epstein touted his close friendship with Bill Clinton and even claimed the billionaire helped start the Clinton Global Initiative.