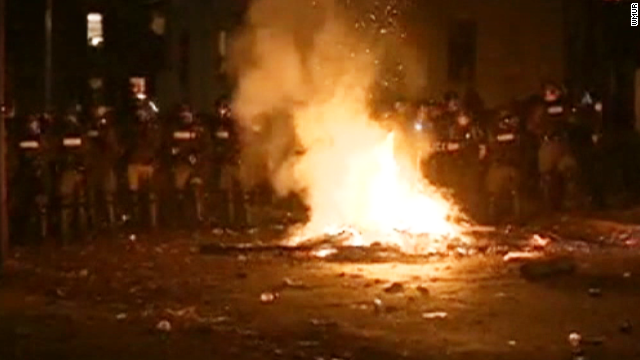 Windows were broken and cars were set on fire in Oakland as irate protesters lit flares and blocked freeways.

Students also hit the streets of Eugene and Portland, Oregon to protest against a democratic election. Demonstrators could be heard chanting “bitch” and “f*ck Trump” as they marched in unison.

theres a crowd going thru campus chanting this #ucsc#electiondaypic.twitter.com/Jq0OGEEUxK

Some of the students burned a U.S. flag.

The irony of the riots is that many pro-Clinton media outlets previously circulated the talking point that Trump supporters would be likely to stage violent unrest after they lost the election.

Twitter was also inundated with death threats, with leftists either hoping for or personally expressing their willingness to carry out Trump’s assassination. 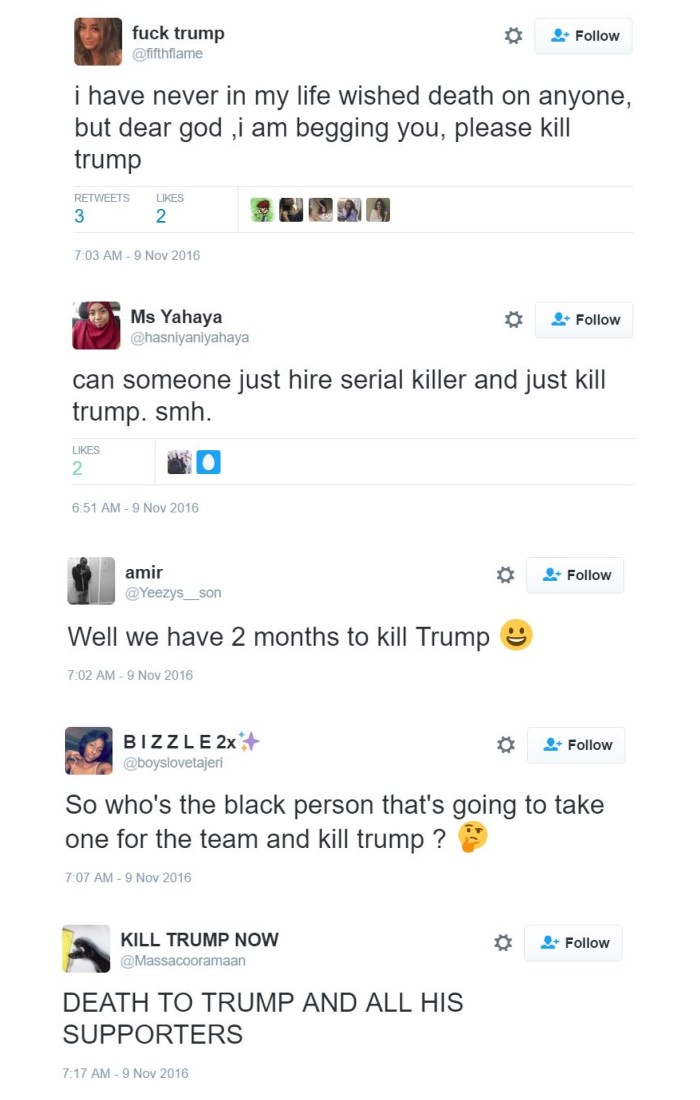