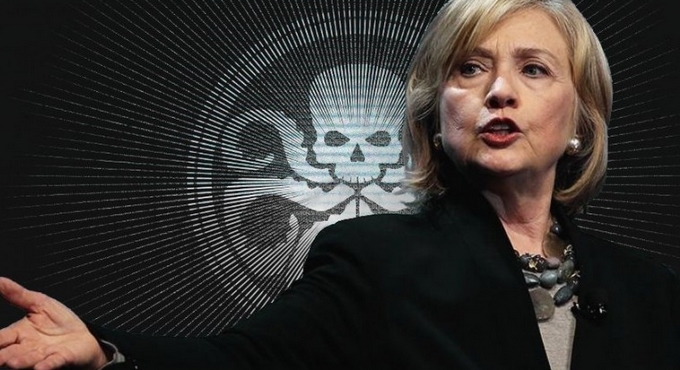 Thanks to Wikileaks, it was discovered that John Podesta, the campaign chair for Hillary Clinton, was invited to a meal called “spirit cooking” hosted by provocative and award winning performance artist Maria Abramovic. This type of dinner, according to Infowars.com, is more akin to an occult ceremony that originated from a “sacrament in the religion of Thelema, which was founded by Aleister Crowley.”

Spirit cooking includes live paintings made by Ms. Abramovic using urine, sperm, breast milk and blood. Originally from Serbia, Ms. Abramovic has a long history of using her body as an art project. She cuts herself with knives, has drawn pentagrams on her belly and allowed those viewing to do whatever they want to her body.

Aleister Crowley, as reported by Listverse.com, is named the “Wickedest Man in the World” by the British press. Whether one considers him as a poet, drug addict, occultist or mystic, Crowley’s influence and deviant behavior is either popularly accepted or shunned in today’s divided social construct.

The connection of the Clinton regime to an event channeled by Aleister Crowley and performed by the controversial Maria Abramovic may be just the surface of much deeper and nefarious behavior, says Wearechange.org. Other leaked Podesta emails, which contain “strange talk about food,” could represent code words that hide child trafficking and sex rings. The word pizza, for example, could mean girl. The word pasta may represent boy. When a leaked email asks Podesta how he enjoyed his “walnut sauce,”  that could be a code word for a “person of color.”

Bill Clinton’s six flights – without any security detail – to a private island on the private jet named “The Lolita Express” owned by convicted pedophile Jeffrey Epstein, also adds fuel to speculations about the dark side of the Clinton regime. Anthony Weiner’s sexting also weighs in, as well as the  Clinton’s association with Laura Sibley, who was “found guilty in Haiti for child trafficking in 2010” with others who were “pardoned by the Clintons.”

According to this report by Gary Franchi, the NYPD has discovered information on Anthony Weiner’s laptop related to child trafficking and sex crimes  that could put Hillary Clinton away for life.

Maria Abramovic, the artist who invited Podesta to the spirit cooking event, says the link to Satanism is “completely out of context,” according to Artnews.com. Abramovic and the art world believe, much like Hillary Clinton, that any speculation about darker links are merely right -wing attacks and disinformation.