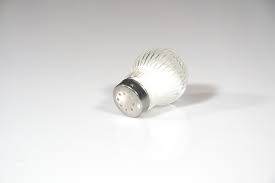 Reddit users have begun a campaign titled #SendEmSalt where they send The New York Times offices large bags of salt, ridiculing the publication for their angry (or “salty”) reaction to the election of Donald Trump.

Users in /r/The_Donald, Reddit’s largest Donald Trump supporting community, posted a thread three days ago titled, “#SendEmSalt: An attempt to deliver 1 ton of salt to the New York Times”. Within the thread, user /u/njmksr writes, “While I was viewing the frontpage today, I was inspired by one ‘Pede’s [a term short for centipede that refers to Trump supporters] act of sending the NYT 25 pounds of salt. So, I thought we could follow in this brave patriot’s footsteps and pool together to send the New York Times an entire literal ton of salt.”

The symbolic gesture of sending bags of salt appears to be a commentary on what many of Reddit’s President-elect Trump supporting community view as an angry reaction to the election by the New York Times. Donald Trump himself has claimed that of all publications, the NYT treated him “the roughest of all”. “ I have great respect for The New York Times. Tremendous respect. It’s very special,” said Trump in a meeting with the NYT,

According to /u/njmskr on Reddit, a total number of 105 twenty-five pound bags of salt have been sent, 16 more than was needed to make up the full ton of salt that users hoped to send to the New York Times offices.

Breitbart reached out to the NYT for comment asking whether or not they had received the bags and if so how many. In an email to Breitbart, New York Times Senior Vice President of Communications, Eileen Murphy neither confirmed nor denied whether or not the salt had been received but did say “If they [the bags of salt] had been received, our practice would be to put them in dumpsters directly in the mailroom.”

This may come as unfortunate news for the many Reddit users who hoped that the salt would be put to good use, perhaps in a local homeless kitchen, “DEAR NYT, when you get this salt, please donate it to somewhere that needs it, like a homeless hospitality kitchen. Don’t just hoard it or send it back. Do something good with it.” /u/njmskr wrote in his initial Reddit thread.

Users are continuing to send salt.

Lucas Nolan is a reporter for Breitbart Tech covering issues of free speech and online censorship. Follow him on Twitter @LucasNolan_ or email him at [email protected]