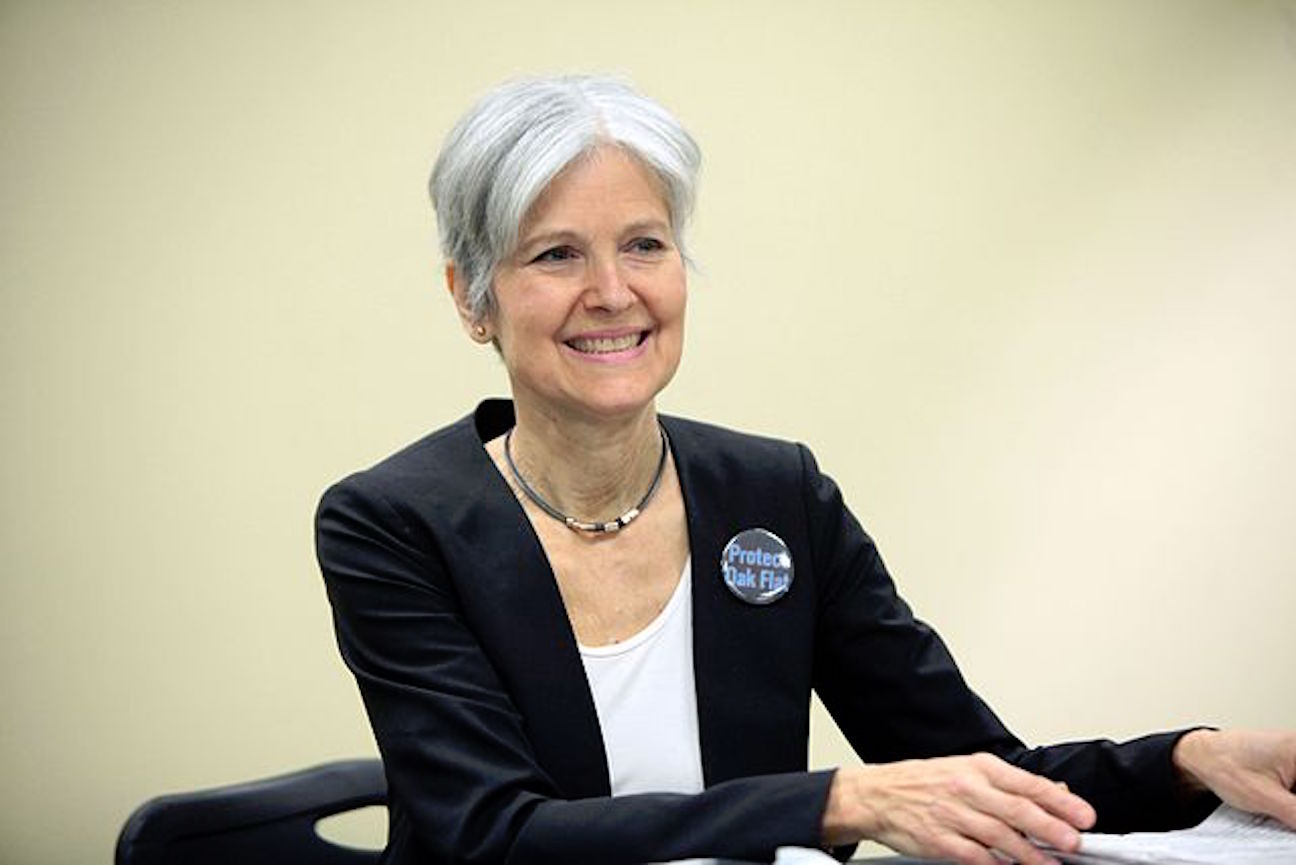 Jill Stein just won’t go away. The totally irrelevant Green Party presidential candidate has been a massive headache for everyone in the media and beyond. We all hoped that whenever she lost the election that she would go away peacefully. Following the results of the election, though, Stein became more outspoken than ever and hasn’t shut up since. While it is usually easy to ignore her normal idiotic comments, it isn’t nearly as easy when the mainstream media picks up on it and actually begins taking her seriously.

Amid late-term accusations of voter fraud costing Hillary Clinton the election, Stein has found a way to keep herself in the spotlight for all the wrong reasons. Instead of getting behind one of her many crackpot theories about the way the world should work, Stein has now made it her goal in life to ensure that Donald Trump will not be inaugurated. While it seems incredibly unlikely that this will happen, it is frustrating that she is even trying to make it happen.

After all, it seems it is a complete waste of time.

The Daily Sheeple reports, “If the electoral college process fails to select a President then the election would be left in the hands of Congress to decide. Given that the Senate and House are both controlled by Republicans, in theory they would then choose Trump/Pence, though in this election cycle nothing is a certainty. Moreover, even if Trump/Pence are chosen, the whole process of being appointed by Congress, combined with a loss of the popular vote, would then cast a dark shadow over their administration.”

Even worse than the logistics of it all is the fact that Stein has been raising money for the recount shows just how corrupt she is. Much like Bernie Sanders did, it appears as though Stein is trying to swindle her supporters by asking for donations to achieve a specific goal. If Stein ends up taking the money she makes off of this bogus recount and uses it to purchase a massive vacation home, she will have made a full transition just like Sanders.

Like all of the socialists and communists of the world, it is inevitable that Sanders and Stein will realize that having money is a good thing and that all of their beliefs are completely ridiculous and have no chance of working in the real world — much like socialists themselves.

Until then, we will all have to deal with the threat of a vote recount to keep us annoyed.