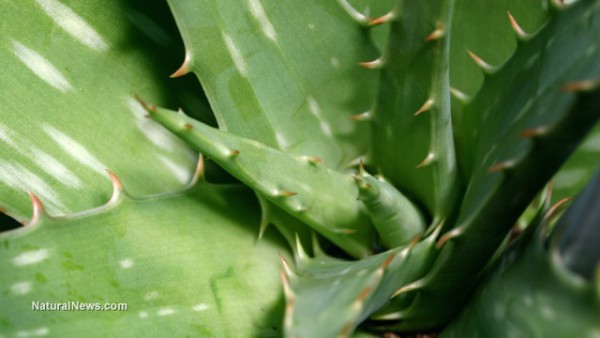 If you believed that you bought an aloe vera product at major retailers Walmart, CVS and others that actually contained aloe vera, think again.

What you really bought was very likely only colored gel.

Researchers examining samples of store-brand aloe vera gel at Walmart, Target and CVS found absolutely no hint of the plant in various lab tests, even though the product labeling all listed “aloe barbadensis” leaf juice – another name for aloe vera – as either the primary or secondary ingredient after water.

There is no government watchdog agency that ensures aloe products are genuine, so that’s likely why the duping has been occurring, Bloomberg News reported. The U.S. Food and Drug Administration does not handle the approval process for cosmetics before they are sold, and has never fined any maker for selling phony aloe products. As it is, suppliers are essentially on an honor system, even though the total U.S. market for aloe-based products, which includes lotions and gels, vitamins and drinks, has grown by 11 percent in the past year to $146 million, according to data from SPINS LLC., a market research firm based in Chicago.

“You have to be very careful when you select and use aloe products,” said Tod Cooperman, president of ConsumerLab.com, a White Plains, New York-based firm that has done testing on aloe products.

The three chemical markers for aloe – acemannan, malic acid and glucose – were all absent in tests for Walmart, Target and CVS aloe products conducted by a lab that was hired by Bloomberg News. Instead, three samples sent to the lab contained a much cheaper ingredient called maltodextrin, a sugar that is sometimes used to imitate aloe.

Gel sold at another retailer – Walgreens – only contained one of the markers (malic acid), but was devoid of the other two. Ken Jones, an independent industry consultant who is based in Chapala, Mexico, told Bloomberg that this would indicate that the presence of aloe could neither be ruled out nor confirmed.

The Target Corp. would not comment on Bloomberg’s findings. Meanwhile, spokesmen for Walmart Stores Inc., CVS Health Corp. and Walgreens Boots Alliance Inc., said that their suppliers had confirmed that the products they were selling were authentic. (By the way, all aloe products at the Health Ranger Store are verified by us to be 100 percent authentic).

Between these four retailers, there are some 23,000 outlets.

The lab where the product testing took place used a technique known as nuclear magnetic resonance, which found additives like maltodextrin and others such as triethanolamine, which is an emulsifier. In the samples, lactic acid – an element that indicates the presence of degraded aloe vera – was not found.

Fruit of the Earth, based in Fort Worth, Texas, a brand that was founded in 1980, makes the gels for Walmart, Target and Walgreens, according to Bloomberg. The company, in turn, said that its aloe supplier is Concentrated Aloe Corp., located in Ormond Beach, Fla. The latter said that it uses fair trade, organic aloe that is farmed and processed in Guatemala. Both of those companies disputed Bloomberg’s findings.

“We’ve been in the business a long time and we know where the raw ingredients come from,” John Dondrea, Fruit of the Earth’s general counsel, said. “We stand behind our products.”

Meanwhile, Tim Meadows, Concentrated Aloe Corp.’s president, said that the technique – nuclear magnetic resonance – used to test the products is not reliable for cosmetics, due to the presence of multiple ingredients that allegedly cause interference, making it impossible to test for aloe in finished products.

He also said that maltodextrin is not an adulterant – a term referring to a substance found within other substances – because it can be used during the drying process. And while some processing techniques for aloe remove acemannan, that does not mean that the aloe is not genuine, he said.

“Acemannan has been misinterpreted,” said Meadows, noting that the cosmetics industry “requires highly processed aloe.” He said that it was not clear how that affected acemannan.

Bloomberg noted that several law firms have filed suit against the four retailers, after separate testing also did not find aloe in their aloe products.