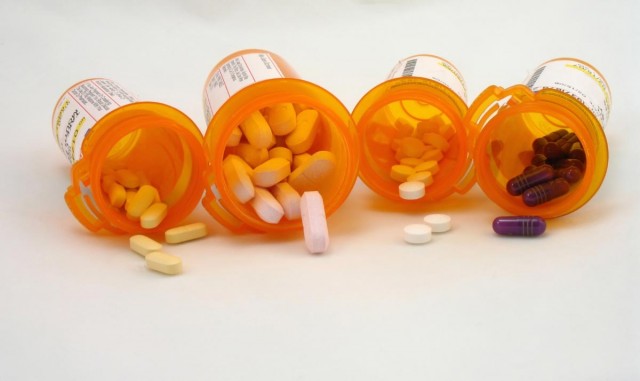 Proton pump inhibitors or PPIs – a class of drugs commonly used to treat acid reflux and heartburn – may increase the risk of ischemic stroke, according to preliminary research presented at an American Heart Association conference in New Orleans earlier this month.

As reported by CNN, these drugs are among the most prescribed medicines in the United States and are widely available over the counter. Dr. Thomas Sehested, the study’s lead author and a researcher at the Danish Heart Foundation, said that PPIs have been associated with unhealthy vascular functions, including heart attacks, kidney disease, and dementia.

Given their increasing use in the general population, Dr. Thomas Sehested and his team were eager to investigate if PPIs also increase the risk of an ischemic stroke.

According to the Centers for Disease Control and Prevention (CDC), 85 percent of strokes are ischemic strokes. An ischemic stroke occurs when a blood clot blocks the artery that supplies oxygen-rich blood to the brain.

For their study, the researchers analyzed the records of almost 245,000 Danish adults, average age 57, who underwent endoscopy to pinpoint the causes of their stomach pain or indigestion. During six years of follow-up, nearly 9,500 patients experienced a first-time ischemic stroke.

Dr. Sehested and colleagues assessed if the stroke occurred while patients were using one of four commonly prescribed PPIs –  omeprazole (Prilosec), pantoprazole (Protonix), lansoprazole (Prevacid) and esomeprazole (Nexium). Furthermore, they also looked at the records of people who used another class of acid-reducing medications known as H2 blockers, which include Pepcid and Zantac.

Overall, the patients who took PPIs faced a 21 percent increase in the risk of an ischemic stroke, compared with patients who did not receive any of the PPIs mentioned above. The researchers noted that there was little or no greater risk of stroke associated with H2 blockers or small doses of PPIs. However, they found that at the highest PPI dose, the stroke risk increased from 30 percent for lansoprazole (Prevacid) to a whopping 94 percent for pantoprazole (Protonix).

Study questions the safety of PPIs

Since the study is purely observational, the authors were unable to prove cause and effect between PPI use and increased stroke risk. Nonetheless, they believe that their findings, along with previous studies, suggest patients should be cautious about using PPIs, many of which are now available over the counter.

And not only should patients be more cautious, but doctors prescribing PPIs should also carefully consider whether their use is warranted and for how long.

“At one time, PPIs were thought to be safe, without major side effects,” Sehested said. “This study further questions the cardiovascular safety of these drugs.”

Furthermore, the team added that even though they did not find a clear link between H2 blockers and stroke, they could not say that this group of drugs would be better and safer than PPIs in the treatment of acid reflux or heartburn.

Are there safer alternatives?

According to medical professionals, the majority of people who suffer from heartburn or acid reflux could significantly reduce their discomfort by making a few lifestyle changes. These lifestyle changes include losing weight, quitting smoking, and cutting back on spicy and fatty foods while increasing the intake of fresh, organic foods.

“As a culture, we tend to want a pill to deal with our problems, when a lot of people could reduce their heartburn by eating smaller meals, drinking less alcohol or not smoking,” Dr. Michael Katz told CNN.