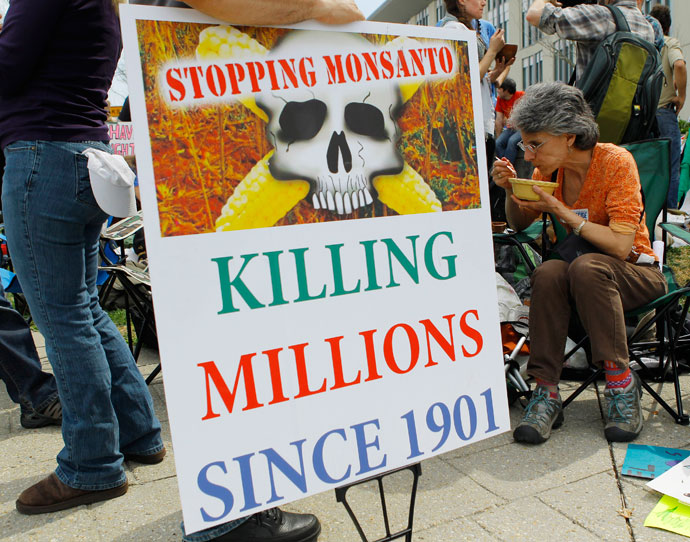 Monsanto has some sketchy ties with the US government regarding the manufacturing of deadly white phosphorus. It is possible that the Pentagon and chemical giant are in bed together. Monsanto is known for it’s ugly lawsuits against indigent farmers over genetically modified seeds. The company is also infamous for many alleged crimes against humanity, including spreading billions of pounds of materials known to cause cancer around the world. The effects of Monsanto’s extremely foolish behavior will be felt for centuries. There are still lawsuits being generated against Monsanto for polychlornated biphenyls contaminating our waterways and wetlands, although the substance was banned in the late 70’s.

There is a new report that shows just how deeply involved Monsanto is with manufacturing deadly white phosphorus. The government is protecting Monsanto because they love using their substance in the battlefield. White phosphorus has been used against civilian populations in conflicts including Fallujah and Gaza. The substance spontaneously ignites at 30 degrees Celsius, with the intended purpose of illuminating enemy positions and creating a smoke screen to cover the movement of troops. White phosphorus can also be used to firebomb enemy positions.

When a human comes in contact with white phosphorus, it ignites. Once it’s activated, it will burn until it runs out of fuel or oxygen. The substance sticks to clothes and skin often causing fatal chemical burns. Witnesses who have seen the substance in action say that it burns to the bone with no way to stop it’s progression until it burns out by itself.

For a long time, Monsanto was the only US company manufacturing white phosphorus. This earned them special attention from the Pentagon. The Pentagon’s pragmatists have noted that special techniques and skills are required to manufacture white phosphorus, and that Monsanto is the only known producer. The government’s support of this domestic capability is critical. Monsanto gets approval for many insane new chemicals because of the work they perform for the US government. Monsanto is much more of a chemical company then they are a seed company.

The use of white phosphorus in civilian areas is definitely a war crime. It has been documented that US forces have used the substance in Iraq and Mosul. Monsanto’s continuous role as a purveyor of deadly military chemicals is responsible for war crimes around the world. In 2009, the US State Department confirmed that white phosphorus weapons were sent to Israel for use in Gaza.