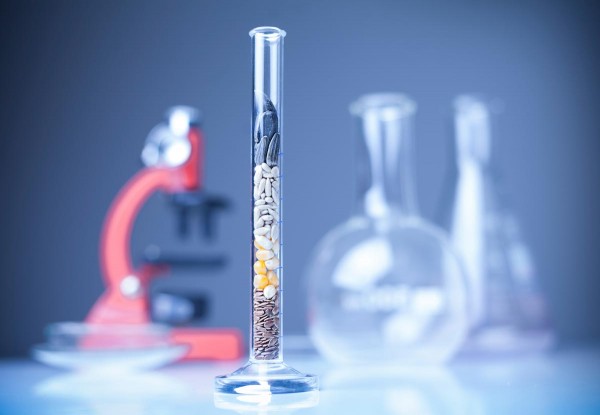 You may have heard about the Svalbard Global Seed Vault – a huge underground concrete structure dug into the side of a frozen mountain in a remote archipelago halfway between the Norwegian mainland and the North Pole – but is the facility really there to benefit mankind by protecting crop diversity, or does it serve a more sinister and secret purpose?

At first glance, the Svalbard seed vault (sometimes called the “Doomsday Vault”) seems like a very good idea. The facility’s stated aim is to “secure, for centuries, millions of seeds representing every important crop variety available in the world today.”

Embedded in solid rock beneath the permafrost, the Svalbard vault is capable of preserving seeds for hundreds of years without the need for electrical power to maintain a low temperature.

The Global Crop Diversity Trust (GCDT) is one of the three institutions that manage the vault.

“The Seed Vault has the capacity to store 4.5 million varieties of crops. Each variety will contain on average 500 seeds, so a maximum of 2.5 billion seeds may be stored in the Vault.

“Currently, the Vault holds more than 860,000 samples, originating from almost every country in the world. … In fact, the Vault already holds the most diverse collection of food crop seeds in the world.”

The seed bank is designed to provide a safer, centralized alternative to existing seed banks located throughout the world, protecting crop diversity from natural and man-made threats:

“Worldwide, more than 1,700 genebanks hold collections of food crops for safekeeping, yet many of these are vulnerable, exposed not only to natural catastrophes and war, but also to avoidable disasters, such as lack of funding or poor management.”

So far, so good. It sounds like a noble and worthwhile undertaking, right?

What is the real purpose of the Svalbard seed vault?

One of the main reasons the project has its skeptics, is the fact that much of the funding for the seed vault came from biotech agriculture giants like Monsanto, Syngenta and others, as well as the Bill and Melinda Gates Foundation and the Rockefeller Foundation.

The heavy investment by Monsanto and Syngenta is enough to seriously raise some eyebrows, when one considers the fact that both of these companies are in the business of destroying crop biodiversity rather than preserving it.

The development of GMOs and seed patenting schemes by these companies has led to a narrowing of biodiversity and to the ownership of a large portion of the world’s seeds.

Ten corporations now own as much as 90 percent of all the seeds cultivated throughout the world. Monsanto, Syngenta and DuPont combined own more than 50 percent of these seed patents, and the further consolidation of agribusiness giants is leading to even greater monopolization of seed ownership.

So why are corporations infamous for destroying crop diversity so interested in simultaneously preserving it? That’s one of the mysteries surrounding the Svalbard seed bank that even the conspiracy theorists have a hard time explaining.

Is the seed bank designed to anticipate an engineered global depopulation event?

Another suspicious aspect of the project is the financial backing of Bill Gates and the Rockefellers, since these global elites are in favor of depopulation theory. Could it be that the Svalbard seed bank is a repository for seeds to be used in replanting the planet after an engineered global extinction event?

Considering the enormous financial support originating from such dubious entities, it’s no wonder that the Svalbard seed bank has raised suspicions among those who have little faith in the benevolence of biotech giants and global elites.

At any rate, it seems there may be some big secrets locked up with all those seeds in that lonely frozen fortress near the Arctic Sea.