Independent media is the new guerrilla warfare against the globalists 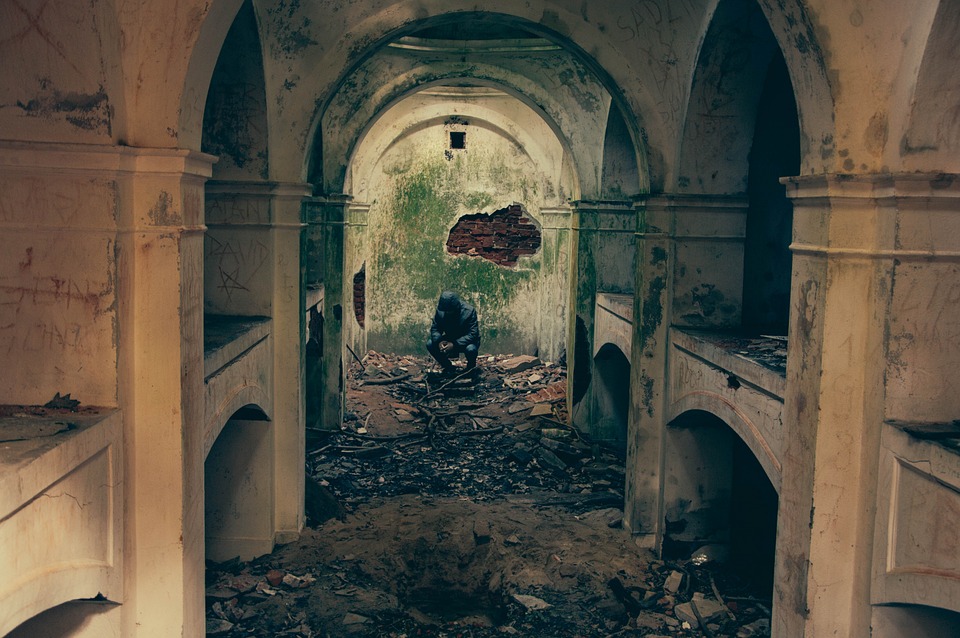 We the People have hired Donald J. Trump, our George Washington of the Second American Revolution, to lead us in victory of defeating the Globalists. This movement, by and for the People, reclaims American nationalism, the U.S. Constitution, and the Bill of Rights before they were adulterated by the globalists while We the People were not paying attention. Frankly, We the People are sick and tired of watching their fake news propaganda channels, being mind-controlled by their shadow government, watching their heinous and sub-human blackmailing techniques come to fore (i.e. #Pizzagate), and killing us with their Monsanto poisons and chemtrailed skies.

In order to support “the general” who we elected to head our revolution, we all need to educate ourselves as to the real truth behind the globalists’ distorted version of history and current affairs. When armed with the truth, which will never come from the traditional media outlets, we can begin to round up and prosecute the enemies of our state. Like the 19,000 Continentals and ragtag militiamen who supported George Washington, those of us who read these articles and disseminate truth to our reader and viewer constituency are a small group of Patriots that can change the course of history. Washington’s militia were not professional fighters, but merchants, artisans, and farmers using guerrilla warfare tactics on the British Empire. Likewise, we are not professional reporters, writers, journalists, or videographers. Yet our guerrilla warfare tactics are evident in how we are using the alternative and social media to take down the media empire which will eventually take down the GLOBALISTS.

Look at what this new form of guerrilla warfare has done so far:

We woke up to the globalist’s trick that had us thinking that the two “sides” in this fight were Republicans and Democrats. By electing Trump, we told the globalists that we know who our foe is—THEM– against US.  Once we knew our enemy, we could start vanquishing them. Had Hillary Clinton been elected, the United States of America would have become another nation ruled by the United Nations and its globalist leaders. The sword of globalism would have struck us quickly and ruthlessly.

In order to stay the course of annihilating our enemy, we need to have a serious conversation about the people responsible for crimes that got us here in the first place. It is time to call out the former presidents and political leaders that sold out America to the globalist agenda and, frankly, it is time to rip away their presidential facades and see them for who they are—ENEMIES OF OUR STATE. Enemies of the state, no matter what illustrious title they hold or may have held, should never be given conventional pardons and immunity for their premeditated, criminal activities against the citizens of the world.

In this article we will show you the crimes of George Bush, Sr., the Clintons, George Bush, Jr., and Barak Obama. You may think that you have read all of this material before, but perhaps this article can give you better insight on why calling these past presidents “enemies of the state” is not as crazy as it sounds. Towards the end of the article we have provided Patriots with a list of items that could use your talents in teaching others through your articles, videos, and blogs.

We ask you to disseminate this information to your constituents in a manner that will support the Second American Revolution. We need everyone on the ground to be well-informed so that when General Trump calls for a new 9/11 investigation, for the new Department of Justice to go ahead with indictments, or for the “swamp to be drained” as many people as possible are awake to TRUTH and can support these actions.

Who Would Have Thought American Presidents Could Be Evil?

Our school history lessons always identified evil leaders as anyone but Americans. This is brainwashing, Patriots. We have been programmed so that we can’t see the evil in our own backyard.

If you haven’t heard of Claude Davis yet do yourself a huge favor and WATCH THIS VIDEO. He’s going to be the talk of 2016.

One of the smartest guys I ever had the pleasure of meeting, Claude set-up a UNIQUE SYSTEM that changed his life forever.

I already tried it myself and let me tell… you I was completely blown away… His surprising tactics could make your life easier and give you the peace of mind you deserve.

Don’t just take my word for it… WATCH HIS SHORT VIDEO and decide for yourself.

Time to call out the real truth: George Bush Junior and Senior, Bill and Hillary Clinton, and Barack Obama are die-hard globalists who personally benefit from destroying America.

Oil cartels, warlord bankers and their corporations, and the rogue CIA are the tools that globalist presidents use to manipulate world politics for personal gain. For example, George Bush Sr. joined the Carlyle Group after his presidency and became a billionaire overnight due to oil theft, bank schemes, and gold manipulation through his company Barrick Gold.

The Clinton’s have skimmed $1.8 billion from their many fraudulent charities based upon political pay-to-play deals with foreign enemies of America. Obama is making billions by bombing countries without a declaration of war and creating millions of refugees and migrants that swell the coffers of the charities who supposedly serve them. The “Obama bombings” (with Hillary’s help) have created the largest human refugee crisis in modern history – which is a great money-maker for charities. (Read the following article on Pedophilia and Charities to see how extensive these operations are and to see the relationship of bombings-refugees-human trafficking-charities-big money.)

Arrest Criminals So Have a Fighting Chance to Be Great Again

Our new leader of independence might consider investigating, if he hasn’t done so already, the sordid history of his presidential predecessors to distance himself from the heinous crimes that his office has inherited. The White House needs to be razed—politically, structurally, and spiritually—for our country’s new beginning. Frankly, we are delighted to see that Trump will not be moving into the White House for the time being. The entire operation and facility needs to be gutted and rebuilt.

KEY QUESTION: Why have U.S. presidents been called war criminals by the United Nations, World Court, and many other judicial bodies around the world?

Bush Junior and Obama have both been called war criminals and no one knows the true tally of lives that have been lost and ruined, both American and otherwise. Entire nations have been turned into enemies of America because of our criminal presidents and their unlawful actions. Their crimes against humanity have gone unpunished.

Taking a complete inventory of the recent past to discover the skeletons in the closet would be much advised before the larger task of dismantling the tentacles of globalism that have crept into every corner of U.S. federal agencies that are often run by secret executive orders and policy statements.The globalist infiltrators (traitors) must be eradicated from positions of power. Then, a full-scale investigation of the crimes of the federal government against American citizens and the world must follow.

Our new Commander-in-Chief will need us to be informed and ready.

How can you help?

Once our new leadership has discovered the roots of anti-American globalism, complete inventories of U.S. assets and liabilities concerning these discoveries must be forthcoming. Not only an investigation of the true culprits of 9/11, the fall of the Russian economy, the Clinton Foundation pay-to-play scandal, political crimes of pedophilia and human trafficking, and economic warfare conducted by the rogue CIA will produce enough criminals to fill FEMA camps that some claim the globalists intend to use on nationalists.

The dismantling of the transnational (globalist) systems that are currently built into our government as “self-regulating agencies” needs to take place carefully and in the proper order so that the sub-structure does not erode any further. Some systems will have to be re-imagined and re-invented as the new focus of America First leads the restructuring. Some ideas will seem like “isolationism” and outmoded in a global economy, but they are necessary to separate our country from the larger plans of the United Nations and other international organizations that wish to reduce all countries to the lowest common denominator. The larger vision is one that rebuilds America’s substructure with supports from within the United States of America rather than foreign nations. Once America has risen again to the greatness it enjoyed before the globalist presidents sold out American civil liberties for money, we can re-enter the global arena as a sovereign nation instead of the servant of cartels, bankers and warlords.

Ever since George Bush Sr. called for a New World Order in his now historic United Nations speech, globalism has run rampant over the earth like the imperialism of the East India Companies – corporate warlords who traded with a sword in their hand. Freedom is secondary to the Bush/Clinton/Obama criminals who feed humans, literally, as fuel into the global oil, banking, and war cartels. No wonder that refugee crises, human trafficking, slavery, and pedophilia are at an all-time high through the halls of power in Washington, London, and the Vatican. Like a form of soylent green, humans are used to feed the military-industrial complex, big banks, and the globalist agenda of neo-feudalism whose goal is to depopulate the Earth and keep a few remaining humans alive as their serfs and slaves.

The agenda of the United Nations, the European Union, the Vatican, and the White House administration is clear – bomb countries that will not allow central banks to take over the country’s economy and align it with the Bank of International Settlement (The City of London bankers), the World Bank (the United Nations), and International Monetary Fund (America). Once the bombs fall, the refugees and “migrants” then become a money-maker for the Vatican’s Catholic charities which make billions from managing “displaced” populations.  Can you see why the Pope continuously calls for open borders?  Refugees are big money for the Big Church. This is the real New World Order that Bush Senior called out and his presidential successors nurtured for decades.

Our Constitutional rights and our freedoms afforded by the Bill of Rights were abnegated repeatedly by George Brush Senior who used the United Nations to bypass the U.S. Congress to go to war with Iraq illegally through a UN resolution in 1991, thus using the UN in place of the US Congress as his personal tool for globalism and his clearly stated intentions of creating “A New World Order.”