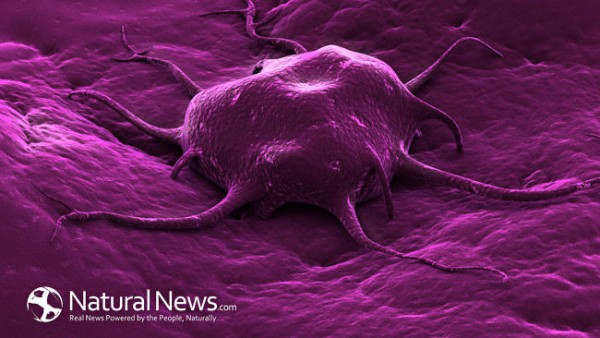 Doctors are stunned to report that a man with advanced prostate cancer appears to have been cured, after they “shocked” his cancerous tumor with high doses of testosterone.

The outcomes seen in this study have been called “unexpected” and “exciting,” and for good reason. Most prostate cancer therapies are actually focused on depriving tumors of testosterone, because the cancer uses the hormone as fuel; that is why the results of this study are so surprising.

Other critically ill men who took part in the same trial showcased similar and equally impressive results. Scientists remained astonished by their shrinking tumors and by the cessation of disease progression.

The majority of the 47 trial participants also exhibited falling levels of Prostate Specific Antigen (PSA), a blood marker used to monitor prostate cancer. The researchers noted that one individual had his PSA levels drop down to zero after just three months of participation, and currently shows no lingering remnants of the disease. After 22 cycles of treatment, scientists say he appears to be cured.

The study’s leader, Professor Sam Denmeade, from Johns Hopkins University School of Medicine in Baltimore, stated, “Our goal is to shock the cancer cells by exposing them rapidly to very high followed by very low levels of testosterone in the blood. The results are unexpected and exciting.”

Denmeade says that they are still in the early stages of understanding how the testosterone treatment works and determining how they can incorporate such methods into the pattern of treatment typical for prostate cancer. He says that many of the men in the study now have a stable disease that has not progressed in over 12 months. At the trial’s onset, all of the patients had cancer that was spreading and was resistant to treatment even with two of the newest hormone therapy drugs, abiraterone and enzalutamide.

In the trial, scientists treated patients with three rounds of “bipolar androgen therapy” (BAT), which requires rotations of flooding the body with testosterone, and then depriving it of the hormone. The “flooding phase” is what makes this treatment so very revolutionary; for the last several decades, the standard treatment for men with advanced or spreading prostate cancer has involved cutting off the testosterone supply or otherwise obstructing its effects. Boosting the testosterone levels of a man with prostate cancer has been likened to pouring gasoline on a fire.

And yet, several laboratory tests have revealed that dosing tumors with high levels of the hormone may indeed have the ability to suppress or even kill off prostate cancer cells. High doses of testosterone were administered to the trial’s patients every 28 days. They were also given injections to stop the testicles’ natural production of the hormone. According to Professor Denmeade, they have yet to fully ascertain how the treatment worked. It appeared to involve cell signalling and part of the process of cell division; large doses of testosterone also seemed to cause breaks in prostate cancer cell DNA. The cancer cells stopped dividing and became “senescent.” Denmeade says that this means that they “become like old men who sit around and tell stories but don’t make much trouble.”

In the United States, it’s estimated that there are going to be over 180,000 new cases of prostate cancer diagnosed in 2016. The American Society predicts that roughly 26,000 men will die from prostate cancer over the course of this year, as well. Current estimates suggest that one out every seven men will be diagnosed with prostate cancer during their lifetime. For American men it is the second leading cause of cancer death, with only lung cancer taking more lives.