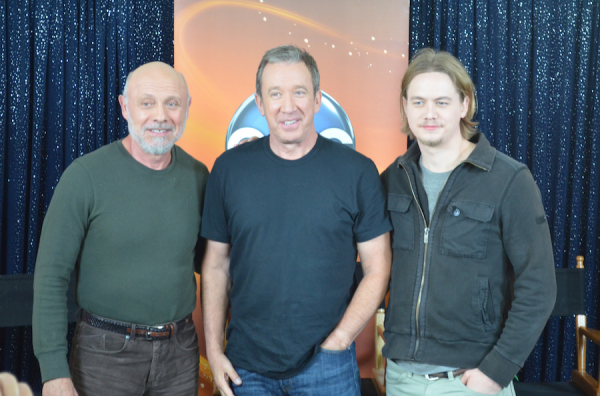 Tim Allen is one of America’s great comedians. Having entertained the masses for decades on end, Allen has never been one to hold back his feelings on issues he feels are important. Unlike the Regressive Left that has taken Hollywood by the throat and refused to let it go, Tim Allen is willing to stand up for traditional American values while also having a laugh at those who oppose them.

This was occasionally apparent during Allen’s hit television show Home Improvement in the 1990s, which poked fun at an America that was growing increasingly oversensitive and less masculine. However, it is nothing in comparison to Allen’s current TV series Last Man Standing, which bravely and hilariously tears down everything from socialism to political correctness – and does so in hilarious fashion.

In the most recent episode of the series, Mike Baxter (Allen), a successful businessman, is approached by his daughter to give a speech at her graduation. Upon him accepting, she presents him with a list of microaggressions that the school administration provided her with in order to avoid upsetting anyone with his speech. Needless to say, Mike is far from compliant with the thought-policing.

The actual speech that he writes goes something like this, “To quote future Nobel Prize winner Lee Greenwood, ‘I’m proud to be an American.’ Not just because I have the right to speak my mind or carry an awesome gun, but because it’s the land of opportunity. Some whiny babies might not think so, but in America, if you work hard, anyone can be successful.”

It’s a laugh-out-loud moment in one of the funniest and bravest shows on television. Allen and the rest of the cast and crew never shy away from calling things like they see them, and that is what makes Last Man Standing such a unique television show. It features a protagonist that is a real man: a survivalist, an outdoorsman and a successful business owner. He isn’t complaining about pronoun usage or asking for government handouts; he is a true American and, as the scene showcases, a great family man.

Instead of giving in to the demands of the Hollywood elite, Allen makes fun of them to their faces. In a TV show that is broadcast into millions of homes, leftists are exposed for being the whiny crybabies that they have become. Microaggressions be damned; Last Man Standing is the last show standing for American values – and we all should be thankful that there are still brave people left out there.