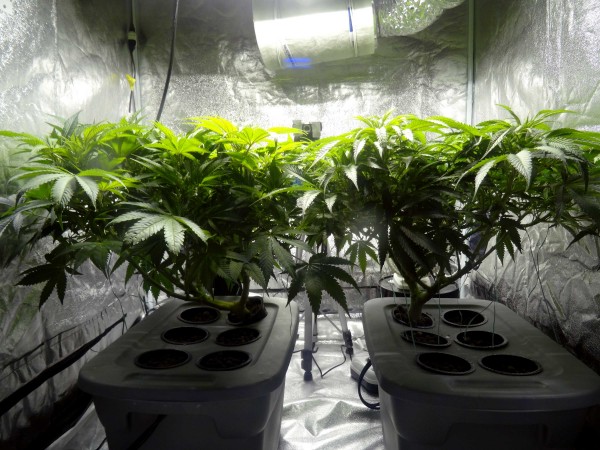 Is the Drug Enforcement Agency (DEA) really looking out for anyone’s best interests with their latest stand on natural, medicinal plants like cannabis and kratom? Most would tend to disagree with them, just on principle. But a deeper look into the matter reveals that their intent may be far more sinister than they want us to believe.

While the DEA consistently maintains that these plants work against the greater good, there are clearly a lot of questions about the agency’s integrity – especially when Big Pharma is involved.

Marijuana and THC – a well-known cannabinoid compound – are both illegal. And yet, as The Free Thought Project pointed out back in September, Big Pharma companies mass-produce and sell synthetic THC formulations, such as Marinol. Marinol is the brand name for dronabinol – the new name that the Big Pharma executives give to THC after it’s been synthesized in a lab. Marinol’s own website notes that THC is a naturally occurring compound found in cannabis. However, as Paul Armentano – the senior policy analyst for the marijuana legislation reform group NORML – notes, Marinol lacks many of the natural therapeutic compounds that are present in the cannabis plant. And because Marinol’s sole active ingredient is synthetic THC, and it’s taken orally, the psychoactive effects tend to be much stronger (and even problematic for some) compared to traditional cannabis. CBD, another beneficial compound, tends to help counteract the psychoactive effects of THC, and without it, you’re in for a whole different kind of ride.

Regardless of how one feels about Marinol and the fact that it offers only limited relief to patients in comparison to the plant it’s modeled after, it is exceedingly hypocritical of the FDA to approve of it while the DEA continues to prosecute marijuana to the fullest extent. It’s not just being blind to the facts or refusing to believe a plant could be medicinal; its outright sabotage at this point. The federal government has literally allowed Big Pharma to create medicine derived from the plant, and then made the plant itself illegal. It is simply mind-boggling how they can rationalize and justify such despicable behavior.

The DEA’s recent statement on kratom underlines the extreme lengths to which they will go to continue to assert that they are in the right, even if only to themselves. The agency filed a notice of intent declaring that they would “temporarily schedule the opioids mitragynine and 7-hydroxymitragynine, which are the main active constituents of the plant kratom, into schedule I pursuant to the temporary scheduling provisions of the Controlled Substances Act.” The notice then explained, “This action is based on a finding by the Administrator that the placement of these opioids into schedule I of the Controlled Substances Act is necessary to avoid an imminent hazard to the public safety.”

As is typical of bureaucratic agencies, the notice of intent continued in a similar fashion with its convoluted explanation.

If these compounds are so dangerous, why on earth would Big Pharma be synthesizing them to make medicine? It just doesn’t seem to add up, but the federal agency continues to go along with their story of supposed danger to society, hoping we’ll all fall for it. It really tells you all you need to know about the DEA and their relationship with Big Pharma though, doesn’t it?