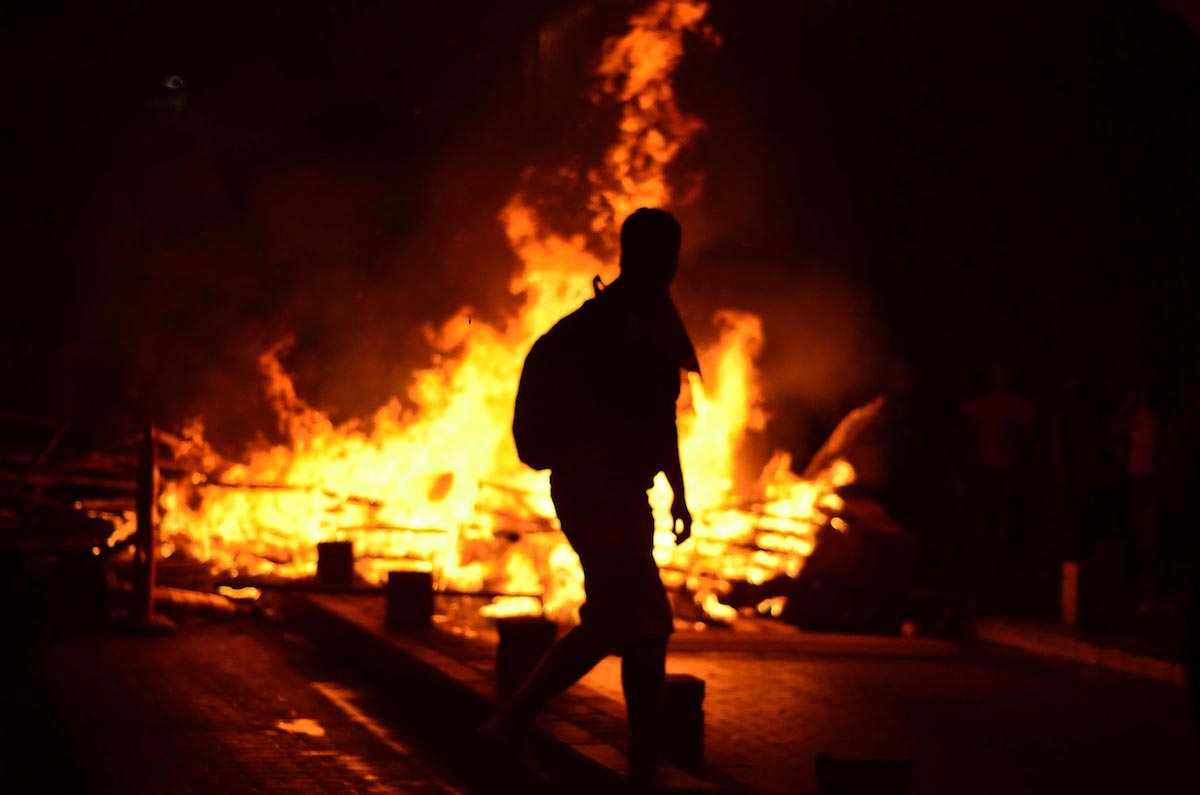 (Bugout.news) Both of the world wars in the 20th century began in Europe, and as civil unrest on the continent continues to grow, thanks to ham-handed immigration policies, globalist-minded leadership and a crumbling economy, many geopolitical observers believe World War III will begin there as well.

As reported by the UK’s Sunday Daily Star, Europe’s leaders are said to be preparing for mass civil unrest “as multiple catastrophic problems engulf the continent.”

It comes after months of warnings from experts – including top military brasses – that massive economic issues, mass immigration, and terrorism will lead to a full-scale crisis.

They have predicted this will affect the entire continent, eventually leading to civil war on the streets.

In December 2015, one of the most apocalyptic warnings came from André Blattmann, the Swiss head of the armed forces.

Blattmann, who left his job just weeks later, said the combination of hybrid wars, the economy, and the refugee crisis would have “unforeseen dimensions.”

He then claimed social unrest was something Europe’s leaders and armies had to be prepared for.

What’s going on? What has Europe in such near-chaos?

For one, EU leaders can’t seem to figure out that flooding the continent with different, and oftentimes hostile, cultures (mostly from northern Africa and the Middle East) is having a major destabilizing effect on European society. Rather than address the assault on European culture, EU leaders hide behind phony accusations of “racism” and “bigotry” (sound familiar), all while their respective populations seethe with resentment.

For another, the rise in Islamic terrorism across the continent—terrorism that is coming from adherents to a single religion—has led to hundreds of deaths in several countries, and yet EU leaders like Angela Merkel in Germany continue to allow their countries to become inundated with more and more migrants from unstable, war-torn Muslim-dominated countries.

As the Daily Star noted further:

Just weeks ago, French scholar of Islam, Gilles Kepel, told German newspaper Die Welt that the eventual goal of Islamic terrorism was not to simply murder western people in Europe.

He explained the purpose of bloody and vicious attacks on innocent people is to incite hatred among the general population of Muslims in general.

By doing this, he said they would encourage more young believers to take up arms against westerners which would eventually lead to civil war on the streets.

Professor Kepel said their goal is to build a caliphate from the ashes of crumbled European cities.

Finally, the ascension of anti-EU leaders in many countries is creating uncertainty about the future and a weakening of the supposed bonds that have held the various nations of Europe together for the past few decades. Tens of millions of Europeans no longer feel like their leaders have their countries’ best interest at heart. Britain’s vote to leave the EU may soon be followed by one in Italy and perhaps even France, the latter of which has been hardest hit by a wave of Islamic terrorism.

Next year could see the beginning of the end of the EU, which of course will be opposed at every step by the globalist elite. The masses, in the end, may get their way but it could be at the destruction of their nations.