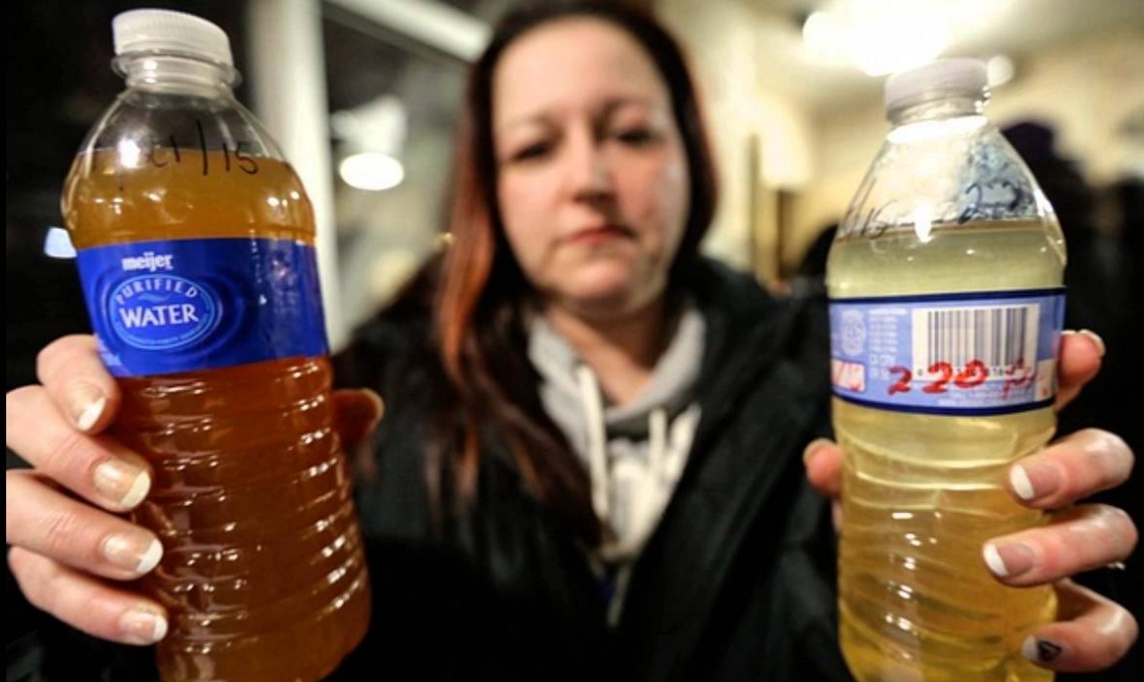 Dennis and Lee Ann Walters have two 5-year-old boys, and the twins have been poisoned by lead from Flint, Michigan’s tainted water supply. The boys continue to suffer health problems. Lead is a toxic heavy metal that accumulates in the body and can cause brain damage. As noted by the Chicago Tribune, exposure to lead significantly increases the likelihood of violent behavior, and despite the removal of lead from paint and gasoline formulations years ago, it is common today to find dangerous levels of lead in children.

To add insult to injury, the Walters are now in the midst of a battle with the U.S. Navy. Dennis claims he is being persecuted in retaliation of Lee Ann’s advocacy efforts regarding the Flint water crisis.

According to CNN, Lee Ann Walters was the first to discover and then report to the Environmental Protection Agency that their water was contaminated with extremely high levels of lead. The mom noticed rashes on both boys and a pronounced orange tint to her tap water. Once aware of the problem, the EPA dragged its feet and took a year to issue its emergency order for Flint. Thousands of homes await retrofitting of water pipes, and on NPR radio, Flint’s mayor Karen Weaver admitted to a lack of funds and a slow pace of remediation.

CNN quotes Walters saying “We’re still recovering from Flint. We never thought we’d be in this position again,” explaining that she is afraid her husband is in danger of losing his job. “We are afraid now for our livelihoods.”

“Since I testified at the state Senate hearing, things got progressively worse,” Lee Anne Walters said. “They threatened to force him into a hardship discharge if he didn’t get me under control.”

Dennis Walters, a 17-year veteran of the Navy, filed a complaint that outlines harassment, humiliation, and mistreatment while on the job. His claims include being forced to work extra long shifts without breaks at Naval Station Norfolk, and being denied training opportunities, among other offenses.
Dangerous waters

The Environmental Protection Agency was created with the responsibility of safeguarding our health; to protect us from chemical hazards in our air, water, and environment. When the EPA blatantly violates the public’s trust, American citizens need to question the legitimacy of such federal agencies. If they can’t accomplish their most fundamental job, that of ensuring the safety of our water supplies, why should they be funded by Congress? Unfortunately, we only get the government that we are willing to put up with, and no better. A reminder to all Americans:  your duty in shaping our country’s destiny can and should include more than merely voting once per year. Get involved!

Dangerous waters of another sort

The Whistleblower Protection Act is supposed to protect federal employees from retaliation when they disclose abuse, corruption, fraud, and dangers to public health. In reality, the law does an abysmal job of protecting whistleblowers.

According to USAToday, “The Merit Systems Protection Board, a quasi-judicial agency that adjudicates whistleblower complaints, uses appointed administrative law judges who often back the government. Since 2000, the board has ruled for whistleblowers just three times in 56 cases decided on their merits, according to a Government Accountability Project analysis.”

Once again, a Washington bureaucracy intended to protect its citizens does the very opposite. In this hostile climate, why would a potential whistleblower stick their neck out only to get harassed or fired? Why, indeed.