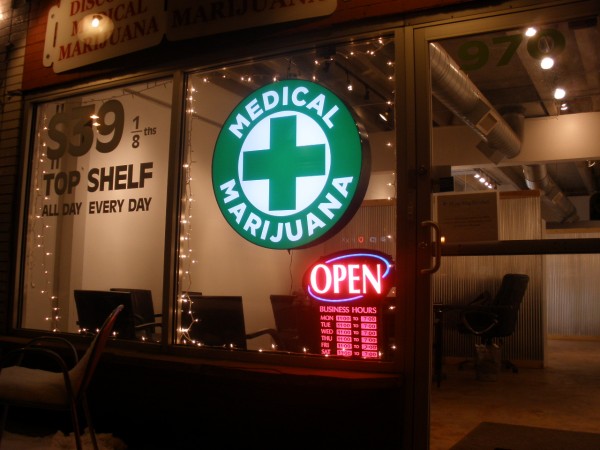 An Australian philanthropist has donated $3 million to fund medical marijuana research at the Lambert Center for the Study of Medicinal Cannabis and Hemp at Thomas Jefferson University in Philadelphia, Pennsylvania.

The 70-year-old Barry Lambert earned a substantial fortune as the founder of Count Financial, Australia’s biggest accounting firm support network. He has a history of donating generously to various causes, but in this case, Lambert’s motivation is rather personal.

His 5-year-old granddaughter Katelyn, who suffers from a rare form of epilepsy called Dravet syndrome, displayed “miraculous” improvement after being treated with cannabis oil. After witnessing such dramatic relief from the seizures and other symptoms associated with the condition, Lambert became interested in backing cannabis research.

‘It’s about doing the right thing’

The Aussie businessman says he has had no previous experience with marijuana, but believes in its promise in treating a number of illnesses.

“It’s about doing the right thing,” Lambert told the Australian Financial Review. “There are all these uses for cannabis but, because it’s illegal, it’s never been researched.”

In fact, Lambert has already contributed $34 million to the University of Sydney to fund a program called the Lambert Initiative for Cannabinoid Therapeutics:

“The Lambert Initiative has been established with a wide mission to investigate a range of possible applications: epilepsy; stimulating appetite in chemotherapy patients; tremors from multiple sclerosis; pain relief for the terminally ill; treatment of addiction and post-traumatic stress disorder.”

Lambert and his wife Joy’s decision to also fund cannabis research at Thomas Jefferson University was inspired by “Jefferson’s rapid progress in the field of medicinal cannabis research and innovative approach to exploring all avenues for new therapies to include using hemp-derived cannabinoids,” he said in a press release.

Joy Lambert played a key role in the family’s decision to explore cannabis as a possible treatment for her granddaughter’s condition. The Financial Review reports that at first Lambert himself took a rather “fatalistic” stance regarding Katelyn’s illness.

But when Katelyn’s father Michael began researching cannabis as a treatment option, Joy supported his efforts. Before Katelyn began her cannabis oil therapy, she was barely able to speak, and suffered from frequent and painful seizures.

“It’s like watching your child being electrocuted to death,” said Michael.

Shortly after a “trial and error” phase when Michael first began administering cannabis oil to Katelyn, the child began showing a marked improvement, with her seizures becoming far less frequent and shorter in duration.

Katelyn began regaining her ability to speak, and in many respects, now leads a normal life.

In 2014, soon after Katelyn began her cannabis treatments, Michael attended an Australian medicinal marijuana conference where he happened to meet Dave Allsop, one member of a two-man cannabis research team from the University of Sydney.

When Allsop later received a call from Michael Lambert saying that his father might be interested in funding their research efforts, he and his colleague Iain McGregor thought it was a joke.

“My dad’s loaded and I reckon I can get him to fund your research,” Michael said. “I reckon he might give you five or six million.”

After Googling Lambert’s name, Allsop realized that the call was not a prank:

“This was where Lambert came into his own, arranging the structure of the donation. Barry and Michael Lambert held a series of meetings with Allsop, McGregor and Sydney University’s philanthropy team.

“The Lamberts decided to up the ante and instead of the $6 million their son had suggested they ended up contributing $34 million.”

With millions invested in marijuana research, Barry Lambert has single-handedly performed a great deed for humanity. Medicinal marijuana research may benefit millions of people in the future, thanks to the vision and generosity of Lambert and others who are determined to “do the right thing.”