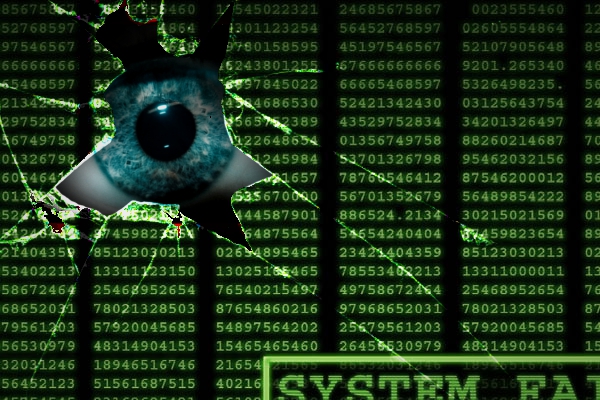 And now the total hoax of the left-wing delusional conspiracy theory begins to unravel. After days of witnessing the left-wing media hyperventilate over completely fabricated claims that “the Russians” hacked the DNC emails and turned them over to Wikileaks, it turns out the emails were actually leaked by a DNC insider who was angry about the orchestrated elimination of Bernie Sanders by Clinton operatives.

The UK Daily Mail is now reporting that Craig Murray, the former British ambassador to Uzbekistan, personally met the email leaker who handed him the emails files later released by Wikileaks. The email leaker, a Bernie Sanders insider, was reportedly motivated by “disgust at the corruption of the Clinton Foundation and the tilting of the primary election playing field against Bernie Sanders,” reports the Daily Mail.

The hand-off took place in Washington D.C. in a wooded area near American University, Murray explained. Via the Daily Mail:

Murray insisted that the DNC and Podesta emails published by Wikileaks did not come from the Russians, and were given to the whistleblowing group by Americans who had authorized access to the information.

“Neither of [the leaks] came from the Russians,”  Murray said. “The source had legal access to the information. The documents came from inside leaks, not hacks.”

“As Julian Assange has made crystal clear, the leaks did not come from the Russians,” writes Murray on his website. “As I have explained countless times, they are not hacks, they are insider leaks – there is a major difference between the two. And it should be said again and again, that if Hillary Clinton had not connived with the DNC to fix the primary schedule to disadvantage Bernie, if she had not received advance notice of live debate questions to use against Bernie, if she had not accepted massive donations to the Clinton foundation and family members in return for foreign policy influence, if she had not failed to distance herself from some very weird and troubling people, then none of this would have happened. The continued ability of the mainstream media to claim the leaks lost Clinton the election because of ‘Russia’, while still never acknowledging the truths the leaks reveal, is Kafkaesque.”

Wikileaks’ Julian Assange also previously confirmed that the leaked DNC emails did not come from the Russians. The Washington Post, New York Times and other discredited propaganda mouthpieces of the regime continue to insinuate that the Russians somehow altered the election outcome to favor Donald Trump, but they haven’t produced a single shred of real evidence to back up their claims.

Despite the complete lack of evidence, the entire left-wing media (propaganda pushers) in the United States has further abandoned any last semblance of journalistic integrity to keep broadcasting the knowingly false narrative that that the Russians hacked the DNC and released the emails to Wikileaks.

That delusional conspiracy theory is being pushed by a coordinated media campaign with the aim of spreading sufficient disinfo to cause electoral voters to change their votes on December 19th. The goal is to deny Donald Trump 270 electoral votes, and to accomplish that, the same left-wing media that incessantly lied about everything during the campaign is continuing to lie after Trump’s election victory.

If Donald Trump can be denied 270 electoral votes, the left-wing narrative will claim his presidency is “illegitimate” because he failed to reach the required 270. It’s all ridiculous, of course, since it is the disinformation of the media itself that is the cause behind electoral voters possibly altering their votes. Thus, the propaganda is self-reinforcing… and electoral voters are being subjected to the most intense political psyop ever observed in U.S. elections.

By focusing the narrative on the Russians, the mainstream media has managed to completely distract nearly everyone from the substance of the emails that were leaked. Those emails contained damning details about extreme corruption and collusion inside the DNC, which actively plotted to use Bernie Sanders as a political puppet, then “stab him in the back” at the appropriate time to make way for Hillary Clinton.

Breitbart.com has published a list of 18 of the most astonishing revelations to come out of the leaked emails. There are hundreds more.

When Wikileaks began releasing the emails, one of the initial narratives of the coordinated left-wing media was to claim that the emails were “fake.” Thus, they are now in essence claiming that the Russians altered the outcome of the election by somehow hacking the DNC to acquire fake emails which were released by Wikileaks. It makes no sense, of course, but left-wing narratives don’t need to make any sense. They only need to sound emotionally charged and outrageous. (Liberals don’t think with logic. They make decisions based on emotions and social conformity. That’s why they can’t be reasoned with.)

WashPost, NYT and CNN all fabricated an elaborate hoax to try to steal the election after losing the vote

The Craig Murray revelations reveal the left-wing “Russian hack” conspiracy delusion to be a total hoax waged by the Washington Post, New York Times and CNN. Nothing they’ve claimed is true. Everything they’re writing about this is a fabrication or an echo chamber of some other source that’s also fabricating similar nonsense.

Murray said he was speaking out due to claims from intelligence officials that Wikileaks was given the documents by Russian hackers as part of an effort to help Donald Trump win the U.S. presidential election.

‘I don’t understand why the CIA would say the information came from Russian hackers when they must know that isn’t true,’ he said. ‘Regardless of whether the Russians hacked into the DNC, the documents Wikileaks published did not come from that.’