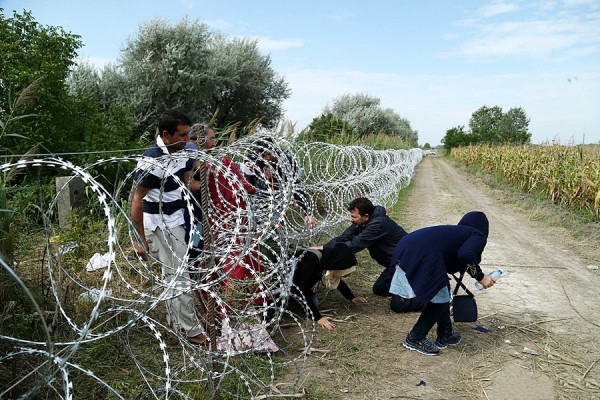 The refugee crisis is without a doubt the biggest issue facing the world on a global scale. Thanks to political correctness, people are unable to discuss the dangerous nature of allowing people to enter into foreign countries without proper vetting, which has caused all sorts of problems for many European nations.

Everyone who dared question the safety of allowing people from dangerous areas with loads of radical Islamic extremists to seek refuge in other countries without any significant background checks was deemed racist. In the way in which the Regressive Left approaches all of the world’s problems now, they tried to silence all of the voices who disagreed by calling them ugly names and hoping they would just shut up.

Then it was revealed that everyone who questioned the legitimacy of these “child refugees” had a very good reason to be suspicious. Six hundred grown adults were recently caught posing as “underage” refugees in order to take advantage of the Danish asylum system that is currently in place. Thankfully, a large amount of them were exposed, but there are many more who are suspected of successfully cheating the system.

Chris Tomlinson of Breitbart reports, “Doctors at the Institute of Forensic Medicine in Copenhagen were tasked by the DIS to find out the true age of those suspected of being adults, using X-rays of finger bones and dental imprints. The 800 tested by the institute is double that of last year, with authorities projecting that the number could increase to over 1,000 by the end of this year.”

This is extremely frustrating because conservatives and libertarians have been stressing the importance of proper vetting for months now, while the leftists all over the world called us racists and bigots and conspiracy theorists for even considering the idea that there are people from the Middle East who have evil intentions. Everyone who is willing to completely disregard this fact is delusional in a way that puts innocent lives at risk – and that’s something that should terrify everyone. Political correctness should not be as dangerous as it is, but there’s no denying that it is risking the safety of people all over the world.

It is time for the powers that be to accept the fact that there are very big holes in their “all refugees are peaceful” rhetoric, and people should not be buying into this any longer. The truth is out there folks, and you don’t have to search far and wide to find it anymore.