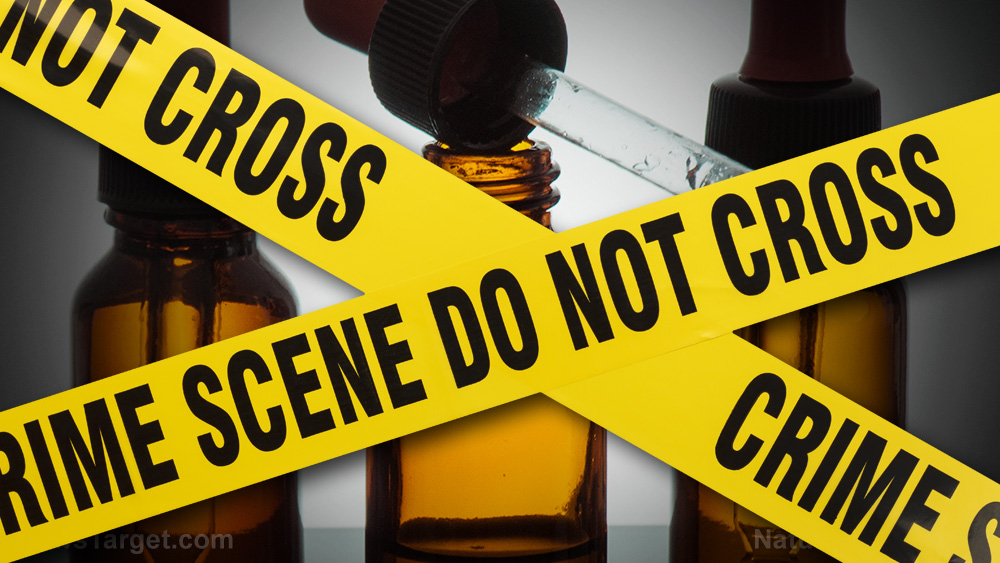 In case you didn’t notice, the war against human freedom is now in full force across the entire establishment: Big Media, Big Pharma, Big Government, Big Banks and Big Agriculture are assaulting our bodies and minds by the hour, it seems. The latest salvo in that war happened just a day ago, as the DEA quietly added all cannabinoids (including CBD) to its “Schedule I” classification of controlled substances in a new ruling that goes into effect on January 13, 2017. (Be sure to also read the hemp industry’s response below, which confirms “The sky is not falling…”)

Establishment of a New Drug Code for Marihuana Extract

Meaning an extract containing one or more cannabinoids that has been derived from any plant of the genus Cannabis, other than the separated resin (whether crude or purified) obtained from the plant.

In effect, the DEA has, completely outside any act of Congress, created an entirely new “Schedule I” controlled substance it calls “Marihuana Extract” (note the spelling with an “h” rather than a “j”). This “Marihuana Extract” is, according to the DEA, any extract containing “one or more cannabinoids…”

CBD is, of course, a non-psychoactive cannabinoid. It’s just one of over a hundred cannabinoids found in hemp extracts, which also include CBD-A, CBG, CBC, CBN and so on.

Sign our petition at this link to ask the Trump administration to protect access to CBD products and keep the DEA’s hands off natural medicine from Cannabis.

The sky is not falling! Hemp Industry Association responds…

From the Hemp Industry Association, here’s a thoughtful response on all this, which insists the DEA’s new classification is not a show-stopper:

Yesterday the Drug Enforcement Administration (DEA) issued a Final Rule on the coding of marijuana extracts. Unfortunately some misleading media stories and social media postings lead quite a few people to panic at reports that CBD was being banned under this new rule.

The Sky is NOT Falling. The Final Rule published by DEA did not change the legal status of CBD. This can only be done by a scheduling action which has NOT occurred.

HIA has carefully reviewed this with our legal advisors and discussed it with industry experts. While there are some differing opinions on the effect of the rule, there is general agreement that yesterday’s ruling did not change the status of CBD. Here are some important facts to know:

For now, we want to urge everyone to calm down and continue with your businesses. We also hope that in future, reporters will take the time to get the facts before posting misleading stories about hemp and CBD.

This was all done, says the DEA, to comply with “Under international drug control treaties administered by the United Nations.” According to the registry entry, the DEA needed to create a new Schedule I classification for CBD in order to “better account for these materials in accordance with treaty obligations.”

In other words, the DEA is claiming they are beholden to globalist treaties as the reason they need to criminalize CBD as a Schedule I Controlled Substance. The move is described as an effort to “bring the US into compliance with international drug-control treaties,” reports Leafly.com. Such action is an admission that the federal government is really just an obedient lapdog of the United Nations.

That same article confirms that the DEA considers CBD to be a Schedule I substance that’s illegal to possess:

In the DEA comment on the entry, Rosenberg directly addressed the question: What if it’s only cannabidiol (CBD) and no other cannabinoids? The agency’s response: “For practical purposes, all extracts that contain CBD will also contain at least small amounts of other cannabinoids. However, if it were possible to produce from the cannabis plant an extract that contained only CBD and no other cannabinoids, such an extract would fall within the new drug code” and therefore remain federally illegal. In other words: The DEA is confident that it can find enough traces of other cannabinoids in your CBD oil to arrest and prosecute. And if they can’t, they still have the option of arresting and prosecuting based on the CBD oil itself.

By this same definition, grocery store-bought hemp seeds would also be illegal to possess, by the way, because even hemp seeds contain trace amounts of CBD.

Big Pharma behind the scenes

The DEA’s new ruling openly admits it was strongly influenced by Big Pharma, which asked the DEA to classify all cannabinoids as Schedule I drugs, not just CBD or any other isolated compound. From the Federal Register:

Another comment from a pharmaceutical firm currently involved in cannabinoid research and product development praised DEA’s efforts to establish a new drug code for marihuana extracts as a means to more accurately reflect the activities of scientific research and provide more consistent adherence to the requirements of the Single Convention. However, the comment expressed concerns that the proposed definition for the new drug code (i.e. ‘‘meaning extracts that have been derived from any plant of the genus Cannabis and which contain cannabinols and cannabidiols’’) is too narrow. The comment suggested that the broader term ‘‘cannabinoids’’ be substituted for ‘‘cannabinols and cannabidiols.’’ The comment pointed out that other constituents of the marihuana plant may have therapeutic potential. The comment further clarified that the broader term ‘‘cannabinoid’’ includes both cannabinol-type compounds and annabidiol-type compounds, as well as cannabichromene-type compounds, cannabigerol-type compounds, and other categories of compounds.

Rohrabacher-Farr amendment currently protects CBD consumers in 28 states… but it could vanish in April, 2017

Even under the DEA’s new Schedule I dictate, consumers of CBD products will enjoy state-level protections in at least 28 states thanks to the Rohrabacher-Farr amendment, passed in 2014. That law essentially prohibits federal DEA agents from going after CBD consumers in states where medical marijuana is already legal.

That amendment, however, must be renewed every year. It was just renewed a week ago, on December 9, 2016, “as part of the continuing House resolution known as HR 2028, which funds the federal government through April 28, 2017,” reports Leafly. “When that resolution expires next April, so does the protections afforded by Rohrabacher-Farr. Unless it’s renewed once again.”

What this means is that CBD protections for consumers in 28 states will likely expire in April of 2017. Consumers in the other, non-medical-marijuana states have less than 30 days to acquire CBD products before interstate sales are shut down nationwide.

The CBD industry, naturally, is planning on waging a fierce battle to keep CBD products legal in all 50 states. Via Leafly:

Robert Hoban, a Colorado cannabis attorney and adjunct professor of law at the University of Denver, raised the notion that the rule itself may not be lawful. “This action is beyond the DEA’s authority,” Hoban told Leafly in an interview late this afternoon. “The DEA can only carry out the law, they cannot create it. Here they’re purporting to create an entirely new category called ‘marijuana extracts,’ and by doing so wrest control over all cannabinoids. They want to call all cannabinoids illegal. But they don’t have the authority to do that.”

The CBD industry, in fact, has been looking for an opportunity to challenge the DEA in court, and it looks like that time has arrived.

SIGN OUR PETITION at this link, asking the Trump administration to protect consumers’ access to CBD products.

One large CBD extract producer told Natural News, “We’ve been advised by our attorney to halt CBD sales outside our home state in 30 days.” That company plans to announce to its customers that they have 30 days to purchase their products, after which they plan to pull all sales except for inside their home state.

Other CBD producers are poised to fight the DEA regulation with federal lawsuits. With the DEA’s enforcement of its cannabis regulations up in the air — and with lawsuits from private industry on the horizon — 2017 looks to be a year of unexpected twists and turns for hemp extract producers and consumers.

Natural News will continue to cover the news on all this, including publishing on HempScience.news

My personal analysis, by the way, is that the DEA’s ruling will not stand for long. It will be either narrowed through clarification or rescinded. But you never know for sure, especially when the DEA wants to wage a large power grab just in time for the new incoming administration which may be rather hostile to medical marijuana.