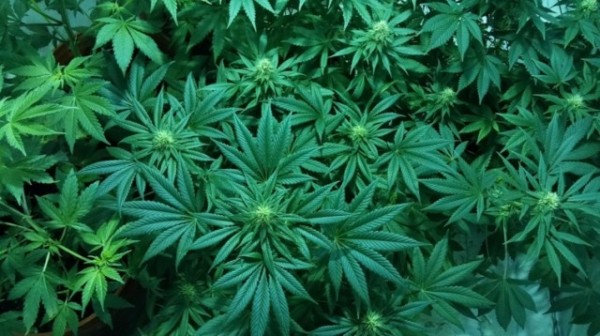 Taking advantage of progressive government policies regarding marijuana cultivation for medicinal and research purposes, Israeli entrepreneurs are aiming to make the country a “global hub for medical cannabis research.”

Applying advanced agricultural technology to provide medical-grade cannabis for research (and eventually for export, if expected changes in the current laws are made), several Israeli startups are already reporting a brisk trade – particularly from clients in countries like the United States, where marijuana research is either illegal or strictly controlled.

Licensed growers and research facilities in Israel are expecting even more business from the U.S. after the November elections, which increased to 29 the number of states permitting the use of medical marijuana.

Since marijuana is still classified as a Schedule I drug at the federal level in the U.S., research continues to be strictly regulated, but as more states pass medical marijuana measures, Israel is hoping that more American companies turn to their facilities for the research work that needs to be done.

The cannabis industry is receiving strong support from the Israeli government.

“The Israeli government has identified medical cannabis as an economic opportunity. Agriculture Minister Uri Ariel says his ministry will research ways to best grow cannabis, and would back export of locally grown medical marijuana, currently banned under national law. The Health Ministry, which has its own medical cannabis department, is extending the number of licenses granted to growers, doctors and patients to expand the local market and also plans to support industry requests for exports.”

If cannabis exports are legalized, Israel’s economy could benefit enormously. The worldwide legal marijuana market is expected to reach $140.5 billion by 2020, and some are predicting that the marijuana industry in Israel could grow to rival that of the tech industry, which now accounts for around 40 percent of the country’s industrial exports and roughly one-third of its GDP.

Aside from the favorable legal climate, Israel is in many respects uniquely suited to becoming a global cannabis hub; the country’s agricultural technologies are highly advanced, and its medical research facilities are respected worldwide.

Israel has traditionally embraced a “making the desert bloom” philosophy – according to one cannabis company CEO – and marijuana has always played a role in the country’s history. The collective Israeli mindset regarding cannabis appears to be far less puritanical than that of the United States.

An Israeli scientist, Raphael Mechoulam, was the first to isolate THC, the psychoactive component of the marijuana plant.

And although there are Israelis who still oppose legalization, the medicinal use of cannabis is reportedly considered “kosher” by even the Orthodox Jewish community in Israel. Indeed, the country’s ultra-Orthodox health minister has called for increased marijuana cultivation in an effort towards eliminating long waiting periods for patients to obtain their medical cannabis.

In response, Israeli startups are investing heavily in expanding their operations. One such firm, Breath of Life Pharma, has plans to increase its greenhouse facilities and production tenfold over the next year:

“The privately held 10-year-old company says it has tens of millions of dollars in annual revenue, mostly from supplying pure active ingredients to American and European companies already coming to Israel to do clinical trials.“

The company, like many others in Israel, is looking forward to a prosperous future in the legal cannabis market. As more countries throughout the world recognize the benefits of cannabis as therapy, there’s no doubt the industry will continue to expand for some years to come – in Israel and elsewhere.