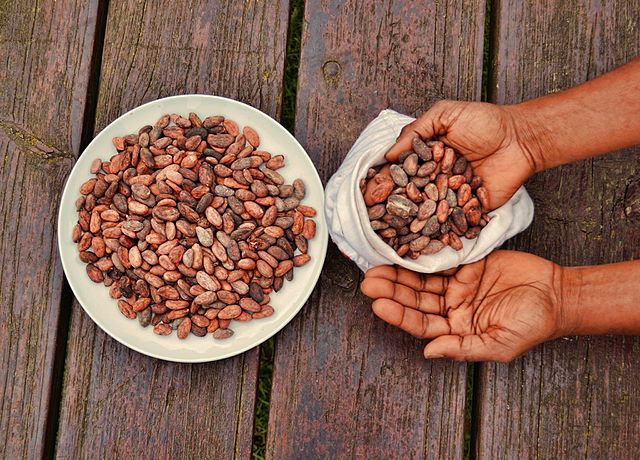 With the holiday season almost upon us, the consumption of chocolate is likely to skyrocket — anything from chocolate cakes, cookies, and pudding, to the frothing cups of hot chocolate sold outside to help keep us warm at this time of the year.

Chocolate is a popular treat among children and adults alike, not only because of its rich and deep flavour, but also because cacao, the main ingredient in chocolate, is a superfood and one of the highest sources of antioxidants and magnesium, among other things, which improve blood circulation, cognitive function, and bone structure.

Cacao is also a known mood enhancer, given its high concentrations of anandamide, which work similarly to drugs containing amphetamines to elevate spirits and combat depression.

In ancient Meso America, where cacao was deemed food fit for gods, the Aztecs first made hot fermented ceremonial beverages from the beans akin to alcohol and drank them for their “stimulant and restorative properties.” Records of cacao used as a psychoactive drug date back thousands of years and it is now making a comeback in the modern world.

Reports are surfacing of ground cacao being used as a new party drug in clubs across Europe, be they in drink, or pill form, or even snorted in powdered form, in some instances. But while party people are using cacao more as a recreational drug on nights out for its endorphin rush, others are more drawn to it as a therapeutic drug to help induce personal growth and emotional recovery.

In an interview with MotherBoard, chocolate alchemist and entrepreneur, David Wallace, compared the buzz he got from high doses of cacao to the feelings in his earlier work on “MDMA as treatment for Post Traumatic Stress disorder.”

Similarly, writer and blogger Sophia Gubb told Underground Reporter how she uses cacao to work through past traumas one ‘trip’ at a time.

Sophia first heard about the psychoactive use of cacao from people in the spiritual scene where she currently resides, and despite initial scepticism, decided to give it a try.

Now Sophia takes this legal drug on a weekly basis. At times she even describes having vivid visions that aid her in her journey for self recovery. She details how in one of these visions “the Cacao Spirit” appeared to her.

But effects can vary from person to person, and visions may not always be a guarantee for everyone who tries taking cacao as a drug.

“Without a bit of work to go into a trance state, I think you mostly get a pleasant warm feeling in the body, relaxation, and maybe more connection to your emotions,” Sophia said.

Quantities can also vary but on the whole, for Sophia and her friends, stirring 30-40 grams of organic raw cacao powder into a mug of hot (but not boiling) water usually does the trick. A splash of ginger juice also helps keep any feeling of nausea, that may arise later, in check.

To make it a more “ceremonial” experience and perhaps connect with the long and majestic history of cacao, you can also try dimming the lights and burning some candles or incense, keeping in mind also that the trip can last up to several hours, says Sophia in a final word of advice: