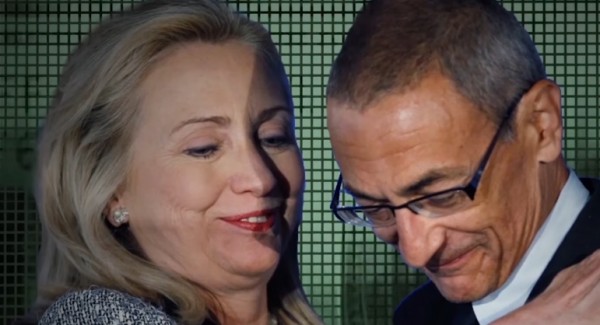 Megaphone Strategies is the public relations firm working behind the scenes with the electors comprising the electoral college. But the firm has ties to prominent Democrats including Barack Obama and Hillary Clinton. The firm’s stated mission is to “use PR as a tool to diversify progressive movements.” The firm typically works with progressive causes like Black Lives Matter, and they are representing a handful of faithless electors who wish to keep Donald Trump out of the White House.

Megaphone Strategies co-founder and president Molly Haigh worked for Obama’s 2008 campaign. She blames the Republican party’s racist, misogynist, xenophobic fear-mongering for Trump’s victory. Van Jones is the other co-founder of the firm. He was a green jobs mogul in the Obama White House, but was forced to resign for questioning the Bush administration’s role in the World Trade Center tragedy. Jones is now a CNN commentator.

The firm’s communications manager Diane May is also intertwined with the Democratic party. She worked for Bernie Sanders on his 2016 campaign, and with Obama on both victorious efforts in 2008 and 2012.

Vien Truong is one of the firm’s four listed board members. Last September, he headlined a Hillary Clinton fundraiser hosted by the pro-Clinton environmentalist organization CleanTech Party. Truong also works for Green for All, which is environmentalist organization tied to Van Jones. In 2010, George Soros’ Open Society Foundation gave Green for All a $200,000 cash infusion. Recall that Soros is the wallet responsible for funding anti-Trump protests after the election.

The only two employees that work for Megaphone Strategies who do not have previous employment under Democratic politicians have both worked for liberal causes. Jodi Jacobsen is one of them; she wrote an article last October stating, “To Trump, women are sex objects.”

The Democratic ties are obvious: What can they accomplish?

Texas Republican elector Chris Suprun has already been vocal that he will not cast his vote for Trump on the 19th. There is speculation that Obama, the DNC and CIA are staging a coup in the electoral college. The goal has remained constant among the defeated: never Trump.

Their challenge is to make sure that Trump doesn’t secure the 270 official electoral votes on December 19. If their efforts succeed, Trump will not be the officially elected president. The House of Representatives will then choose a president from their three options which are Trump, Clinton or Evan McMullin.

Clinton’s campaign manager, John Podesta, promoted efforts by Electoral College members to request an intelligence briefing on claims that Russia interfered in the election. Podesta said that 10 electors composed a letter to the CIA. The goal for the Clinton campaign is to have the CIA tell the electoral college members that Putin helped Trump win.

If all goes well and Trump emerges victorious in the electoral college vote, he will have one last hurdle on inauguration day. Paid protesters will most likely have a major presence at the inauguration on Soros’ dime.