New automated restaurant with no servers or cashiers opens in NYC 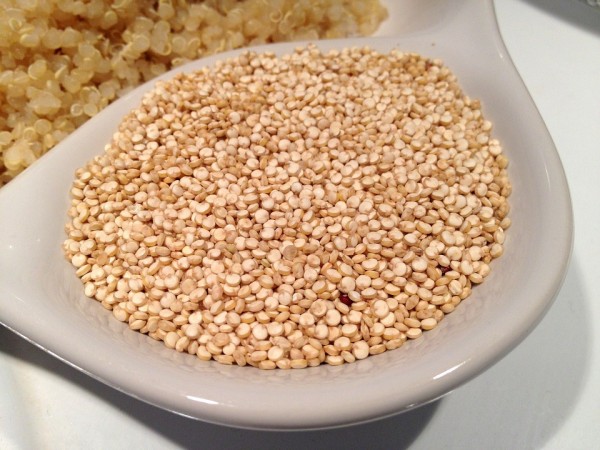 A newly-opened eatery in Manhattan incorporates a futuristic take on a not-so-new concept in providing fresh, healthy and relatively inexpensive vegetarian meals to the public.

Eatsa is a modern, high-tech version of the automated lunch counter – an innovation first introduced to New Yorkers over a century ago. The restaurant employs no waiters or cashiers; customers order and pay for their food at an iPad kiosk. Moments later, a meal appears in an individual cubbyhole with an LED display of the appropriate customer’s name on its clear glass screen.

The meals are all vegetarian and quinoa-based. Customers can select a 12- or 16-ounce bowl of quinoa with various toppings based on eight customizable flavor themes such as “No Worry Curry,” “Burrito Bowl” or “Hummus & Falafel,” and there’s the option to build one’s own bowl.

All the bowls cost $6.95, and the meals are ready in as little as two minutes, according to reports.

The automated service requires no human interaction, but there are employees on hand to assist customers, and the bowls are assembled behind the scenes by human workers – for now, at least.

The small but growing California-based eatery chain is the brainchild of David Friedberg, an ex-Google programmer with an astrophysics degree, who told The New Yorker that he hopes to provide customers with what he sees as the three fundamentals of success in the fast food industry: “taste, price, and speed—in that order.”

Interestingly, Fiedberg’s inspiration for the concept came while he was working for Monsanto.

From The New Yorker:

“He had been working eighty-hour weeks and drinking the meal replacement Soylent to save time, and he wanted an alternative. A lifelong vegetarian, he settled on quinoa—’the most complete and energy-efficient plant protein’—and sketched out a business plan.”

Although Friedberg is committed to the idea of protecting the environment by offering sustainable vegetarian alternatives to meat dishes, his marketing approach is designed to appeal to customers by serving healthy and tasty food at “a price point that McDonald’s and Taco Bell are winning on.”

The decision to use automation was not a marketing gimmick either, but rather the result of brainstorming on the part of Friedberg and his CEO, Tim Young, while planning how to streamline operations and manage costs.

It remains to be seen whether Eatsa’s quinoa bowls will truly become the “New Big Mac,” as The New Yorker proclaimed – healthy fast food ventures have traditionally often been less than successful – but the speed of service and reasonable price may make the automated eatery an attractive lunchtime option for Manhattan office workers on the run.

The restaurant faces the same challenge as others in the business of providing fresh, sustainable food, according to nutrition expert Marion Nestle:

“The big issues are sourcing, labor, and price points. These are issues for any chain restaurant, but places that depend on fresh, sustainable ingredients have extra challenges, including the perception that their foods are expensive.”

First NYC automat opened more than a century ago

However novel or futuristic Eatsa may seem, the original New York automated eatery dates all the way back to 1912, when the Horn & Hardart Company opened its first “Automat Lunch Room” in Times Square.

The eatery featured coin-operated vending machines that dispensed a range of menu items freshly prepared by cooks in the back – in much the same way Eatsa’s operation works now, minus the iPads.

Horn & Hardart automats became so popular that at one point they were America’s number one restaurant chain, but the last operating location closed in 1991.

Can Eatsa duplicate their long success? Only time will tell.