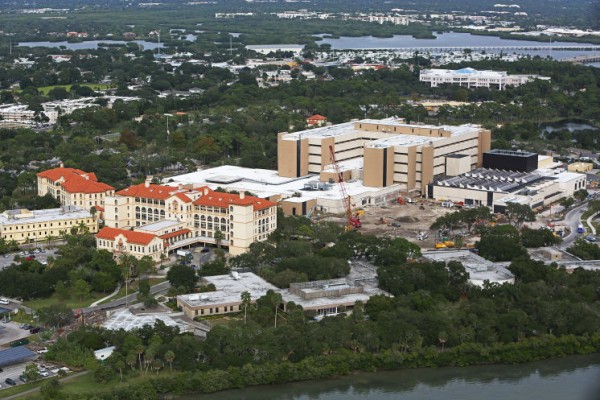 The name of the veteran whose lifeless body was left in a shower room for nine hours after he died hasn’t been released, but the incident is now under investigation by the House Veterans Affairs Committee, as reported by the Tampa Bay Times.

This death didn’t happen this week, or even last month. It took place on February 1, 2016. As usual, it has taken time for the mistreatment of a veteran to trickle down the news cycle. The veteran, a male, died at the C.W. Bill Young VA Medical Center hospice in Bay Pines, Florida, a sprawling complex serving thousands of veterans on Florida’s west coast.

After the incident, the VA hospital performed an internal investigation. They found evidence that staff members lied about what happened to cover their tracks. Two staff members were fired, and all individuals involved were “initially removed from patient care.” Others involved were “suspended, admonished or reprimanded.” But the VA didn’t release any of this information until the Tampa Bay Times wrote an article and Congress got involved.

The internal investigation charged the staffers with failure to provide post mortem care, which can lead to bodily decomposition. When the veteran died, hospice staff called a transporter to take the body to the morgue. The transporter informed the hospice staff member that they should call a dispatcher instead. But nobody called the dispatcher, and no one showed up to properly move the body.

The body was then moved into the hospice hallway, and then into a shower room “where it stayed, unattended, for more than nine hours.” When this was all discovered, the staff members blamed it on a communications breakdown. But there was no communication. Additionally, if the local newspaper had not written about the incident, there may have been no communication about the entire affair. Unless, of course, some unassuming person needed to take a shower.

According to MosiacScience.com, a dead body begins a decomposition process called “autolysis, or self-digestion,” minutes after death. This is because without a beating heart, cells have no oxygen. Acidity increases the chemical reactions with amino acid enzymes to break cells down. The liver and the brain have the most enzymes and water so they go first. Damaged blood cells “settle in the capillaries and small veins,” and the skin begins to discolor.

Nine hours. That’s how long the VA staff left a dead body in a shower. No thought, no respect, no care, no concern. A common theme for the treatment of returning veterans – dead or alive.