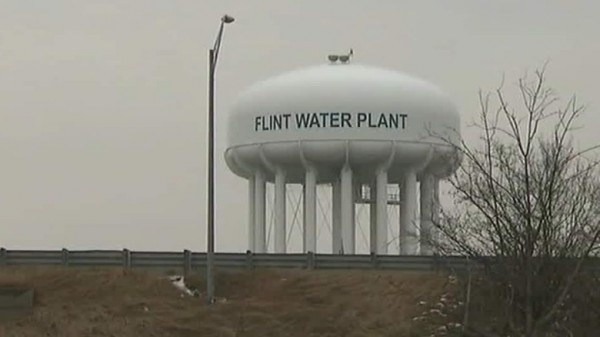 Those charged placed concern for finances over the health of Flint residents, Schuette said.

“All too prevalent and very evident during the course of this investigation has been a fixation on finances and balance sheets. This fixation has cost lives. This fixation came with the expense of protecting the health and safety of Flint. It’s all about numbers over people, money over health.”

The new charges center around a conspiracy to get the city to stop purchasing water from the city of Detroit in order to save money. This led Flint to draw water from the heavily contaminated Flint River, poisoning hundreds of children with lead and other heavy metals.

Two former emergency managers of Flint, Jerry Ambrose and Darnell Earley, were charged with felonies for conspiracy and false pretenses, and misdemeanors for misconduct in office and willful neglect of duty.

Due to its years-long financial crisis, Flint had its finances placed under the control of emergency managers. Schuette said that Ambrose and Earley supported the construction of the Karegnondi Water Authority (KWA) pipeline – which has yet to be completed – but knew the it could not be built without financial contributions from Flint. Because the city was millions of dollars in debt, they could not issue new bonds to pay for the pipeline. So, the men misused an emergency clause intended to deal with “fire, flood, or other calamity” to illicitly borrow tens of millions of dollars. Allegedly, the money was meant to clean up a contaminated lagoon; instead it was all diverted to the KWA.

With this money, the pipeline project moved forward, allowing Ambrose and Earley to push for Flint to disconnect from the Detroit water supply. The men had also concealed a provision in the bond application requiring Flint to get its drinking water from the Flint River while the KWA was under construction.

According to Schuette, the men knew that the Flint water plant was not properly equipped to treat water as heavily contaminated as that from the Flint River.

Ambrose and Earley, who reported directly to Governor Rick Snyder, are the highest level officials to be charged so far. Their indictment led U.S. Representative Elijah E. Cummings to demand once more that Snyder appear before the House Oversight Committee.

The other men charged, Howard Croft and Daugherty Johnson, were officials at the city water plant during the switch. According to Schuette, they conspired with Ambrose and Earley to conceal signs that the water treatment plant wasn’t ready for the switch.

Croft also is accused of approving a decision to not use anti-corrosive agents in the water supply. The absence of these agents caused the water to dissolve lead pipes, leaching lead into the water.

Although Croft cited concern over bacterial growth as his reason for keeping the anti-corrosives out of the water, the corrosion itself led to one of the country’s largest outbreaks of Legionnaire’s disease, killing a dozen people. Ambrose was warned about a Legionnaire’s outbreak in March 2015, but two weeks later still publicly insisted that the water was safe.

Schuette reiterated that his investigation is ongoing, and that no individual is immune.

“There are voices out there that hope the poisoning of the water in Flint could be swept under the rug,” he said. “And they hope and wish that the 24-hour news cycle would move on to another subject. Flint deserves better, and the people of Flint are not expendable, so to move on is unacceptable.”

The people previously indicted are accused of concealing and tampering with reports showing high lead levels in city water and the blood of residents, and of lying to federal officials.