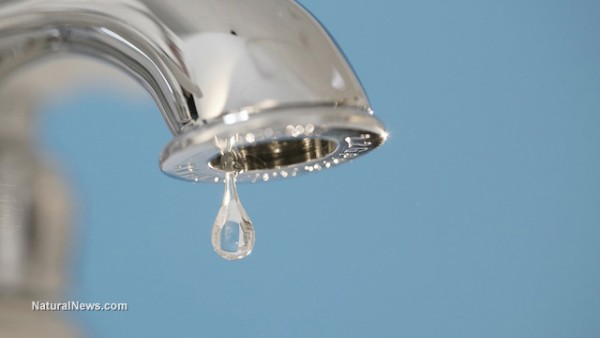 (NaturalNews) Tens of thousands of residents of Corpus Christi, Texas, are still being told not to use their tap water after an asphalt chemical leaked into the city water supply.

The city first issued warnings about the water on Wednesday, December 14. Some restrictions have already been lifted, and others may be lifted soon if tests give the municipal water a clean bill of health.

But residents were angered to learn that officials had received reports of discolored water as much as two weeks before issuing the warnings, and had not investigated those reports.

According to federal officials, there are four unconfirmed reports of people showing symptoms of illness consistent with drinking poisoned water.

Under current restrictions, the city of 300,000 is divided into three different water use zones. In the first zone, municipal water may be used for any purpose. In the second zone, residents are encouraged not to use municipal water for any purpose at all and to use bottled water for everything including bathing. In the third zone, the water is considered safe for bathing or clothes washing, except by children who might swallow the water if they bathe in it. Water in this zone should not be consumed internally.

The city said that up to 24 gallons of a toxic chemical had spilled from a facility operated by Ergon Asphalt & Emulsions Inc., a subsidiary of oil refiner Valero. It is still unknown whether the water supply was contaminated by the incident.

But as early as December 1, the city had received a report of discolored water. It received another such report on December 7, followed by a December 12 report of an unusual odor and appearance to the water. Two days later, the city issued its first warnings.

The chemical in question is a mix of hydrochloric acid and Indulin AA-86, an asphalt emulsifier that is corrosive to the skin, eyes and respiratory tract and can cause damage to internal organs.

With the water ban in place, schools and businesses had to close across the city. Stores began to sell out of bottled water immediately and placed emergency orders for shipments of more.

“People [are] waiting in aisles with their grocery carts ready for them to put out the new water shipments,” resident Zach Kastelic said.

“Every resource of my office will be made available to help regarding the water supply incident in Corpus Christi,” Paxton said. “We’re monitoring the situation closely. Price gouging on bottled water will not be tolerated.”

Public and private donors supplied bottled water to be given out free to residents, but it took three days for the deliveries to start arriving.

Corpus Christi residents have been angered by both the company’s and city’s responses to the crisis. More than half a dozen lawsuits have already been filed against Ergon.

The city has been criticized for the slow nature of its response, both before and after the potential contamination was announced.

In part, the delay in testing the chemical was beyond the city’s control, however. Because Indulin AA-86 is a proprietary chemical, the city was forced to waste valuable time petitioning Ergon for more information on the chemical. The company actually forced the city to sign a non-disclosure agreement before revealing the contaminant’s chemical formula.

Then – because the U.S. legal system requires essentially no safety tests or protocols to be created before chemicals are allowed to enter the market – it turned out that there was no known test that could reveal the presence of Indulin AA-86 in water. Thus, the Environmental Protection Agency (EPA) first had to develop such a test, which it then ran on samples of Corpus Christi water.