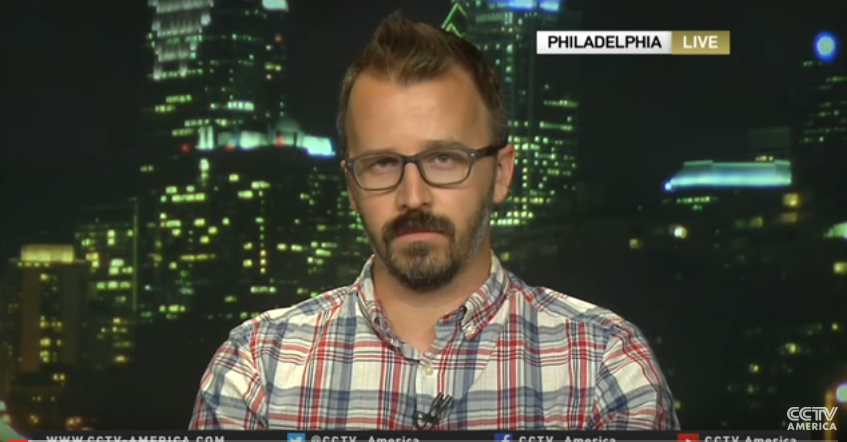 A professor at Philadelphia’s Drexel University has a heartwarming Christmas message: Associate Professor of Politics and Global Studies George Ciccariello-Maher is wishing for a “white genocide.”

Taking to his Twitter account on Christmas eve, Ciccariello-Maher, himself a white man, tweeted, “All I Want for Christmas is White Genocide.” He later deleted the tweet.

The professor who describes himself as a “visiting researcher” at El Instituto de Investigaciones Sociales in Mexico also had praise for the “massacre of whites.”

To clarify: when the whites were massacred during the Haitian Revolution, that was a good thing indeed.

In another tweet, Ciccariello-Maher, an Associate Professor of Politics and Global Studies at Drexel, denies being “alt-left” and says he is, instead, an outright communist.

@RellieRelz LOL I was hacked I swear

The professor’s Twitter feed is filled with hateful, obnoxious messages, anti-Americanism, slams of President Donald Trump, attacks on Jews, as well as pro-Black Lives Matter and pro-communist sloganeering. He also tweeted a picture of a “Make America Great Again” hat set on fire:

Calls have been made to Drexel University to see if school administrators condone the sort of remarks Ciccariello-Maher frequently makes online, but requests for comment had not been returned by press time.

Ciccariello-Maher claims to be an “expert” on Venezuela but no where on his Twitter feed is any acknowledgement of the depths of despair that Venezuela has been reduced to as a result of its failed communist leadership.

Things have gotten so bad in the once prosperous South American nation that parents are giving up their children because they cannot feed them and, even worse, reports of cannibalism have been seen.

As Thomas Lifson notes, this communist professor “teaches” at a university that charges over $34,000 in tuition a year. One would think he would not want anything to do with a school that wasn’t free for the masses.