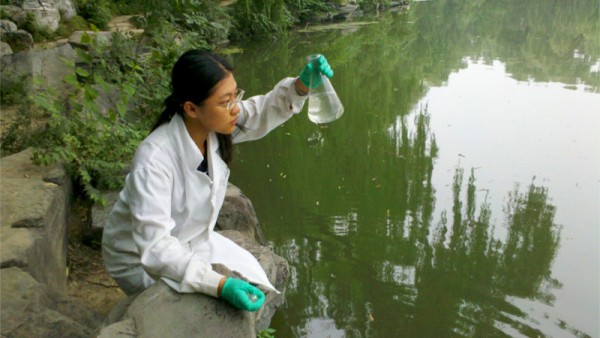 Environmental regulators in the state of Idaho have moved to shutter a gold mine that had been operating illegally after discovering that it was also dumping dangerous arsenic into the Boise River, the Idaho Statesman reported.

In fact, the mine, called Atlanta Gold, is continuing to dump the dangerous heavy metal into a tributary of the larger river, even as it has been operating without a permit in a historic gold mining region southeast of Boise.

The Idaho Department of Lands ordered the mine to cease and desist in September after regulators inspected the site located off of Black Creek Road, where they discovered mining activity taking place without a reclamation pond or a bond, which is in direct violation of the Idaho Surface Mining Act.

‘Their plan is incomplete’

“If (Atlanta Gold) does not immediately stop operations, this matter will be forwarded to the Attorney General’s Office,” said Derek Kraft, senior Department of Lands Resource specialist, in the desist order Sept. 23.

In its annual report, the mining company said that it had unearthed 8,000 tons of gold-bearing ore in 2015. The company filed its notice of exploration in July of that year, but in his letter Kraft said that digging up that much material amounted to actual mining, not simple exploration.

The company, which is based in Boise, ceased its operations in September and has yet to move any ore offsite, the paper reported, quoting Atlanta Gold CEO Ernie Simmons. He noted that he gave the state regulatory agency the information it required for the reclamation plan, which showed how acid rock that had been mined at the site would not pollute water in the area.

When in contact with water, that kind of rock can leach heavy metals.

However, Idaho Department of Lands officials stated that they don’t currently have enough data to approve the reclamation plan or set the appropriate bond.

“Their plan is incomplete,” Sharla Arledge, a spokesperson for the state agency, told the paper.

Kraft noted that the waste dump and other dirt and rock piles he found on site were not located where the draft reclamation plan indicated they would be. The paper noted that regulators found about 13,000 cubic yards of ore piled up and some 10,000 cubic feet of other material that was removed to get to the ore still on site.

This latest incident with regulators for Atlanta Gold comes as The Idaho Conservation League and the Northwest Environmental Defense Center have gone back to court seeking a judge’s order finding the company in contempt of court.

If the mining company doesn’t clean up its arsenic, taxpayers will have to do it

U.S. Magistrate Judge Mikel H. Williams, with the District of Idaho, ordered Atlanta Gold in 2012 to lower its discharging of arsenic and iron into Montezuma Creek, located 35 miles east of Idaho City, and to pay $2 million in fines for hundreds of violations under the federal Clean Water Act. The creek is a tributary of the Middle Fork of the Boise River, which joins other bodies of water above Lucky Peak Dam and is a source of drinking water for many Treasure Valley communities.

In their most recent filing, the two environmental organizations claim that Atlanta Gold has engaged in more than 500 new violations of the Clean Water Act, while showing that the company has not paid its court-ordered fine.

In a response to the filing, the company said it had made some payments but that it cannot pay anymore at the present time because its only revenue is coming from loans, investors and royalties on future income, which still does not cover the cost of operation.

“The financial condition of (Atlanta Gold) is grim,” company attorney Michelle Points said in the company’s response to the environmentalists’ call for contempt. “There continues to be significant doubt that (Atlanta Gold) will be able to continue as a going concern if certain investment opportunities do not come to fruition.”

Still, the company should be made to stop leaching arsenic into water that other people drink. If it fails to do so or cannot do so financially, that bill will fall to federal taxpayers, the paper said.