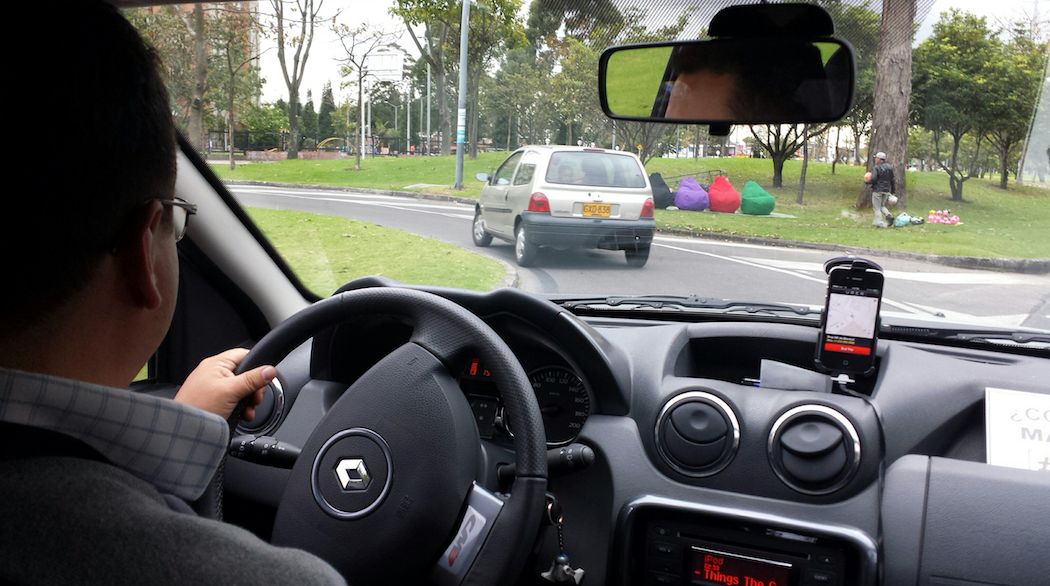 Uber blames it on the humans who must be behind the wheel while Uber’s test automobiles are learning to drive themselves on California roads, says The Guardian. One car ploughed through “a pedestrian crosswalk in downtown” and another “entered an intersection” in San Francisco while the light was red. California motor vehicle authorities told Uber to stand down and get a “testing permit,” or face legal action.

Over twenty companies have already applied for and have been approved to test driverless vehicles. Uber didn’t think the rules applied to them, precisely because they have drivers in the cars to monitor all the movement. The two drivers who ran the red lights have been suspended. Meanwhile, Anthony Levandowski, who heads up Uber’s advanced technology division says, “this technology holds the promise of true safety” on the highways and byways of America.

Charles Rotter works as an operations manager at a traditional cab company named Luxor. He had succinct words about the incident:

“People could die. This is obviously not ready for primetime.”

Businessinsider.com reports a number of other issues with driverless cars after the Uber roll out in Philadelphia for a pilot project earlier this year. Snow, plants, bridges, unusual obstacles like ducks crossing the road, along with the driving habits of impetuous humans, all interfere with the relentless desire and money spent for robots to rule the roads.

Driverless technology is rushing toward us, whether we want it or not, says Autonews.com. Self-reliant baby boomers are much more reticent about accepting these machines. Only 23% say they would trust them. That’s not the case with the younger folks, according to a recent J.D. Power survey. 41% of Gen X’s accept driverless technology. With Gen Y it’s 55% and with Gen Z, 56% of those surveyed responded positively to the idea of trusting a robot to control their ride.

Vanity Fair sees the driverless technology as inevitable, considering the billions being poured into the sector. And it will “change society in a lot of ways that people can’t comprehend.” Most folks won’t own a car. Instead they will subscribe to one, like a music service. There could be cars “outfitted with a gym” or with virtual reality stations for longer trips. Parking hassles would be a past memory, and of course, we’d all be a little bit safer, since robots never have to pull into a rest stop and never, ever make any judgment errors like silly humans.