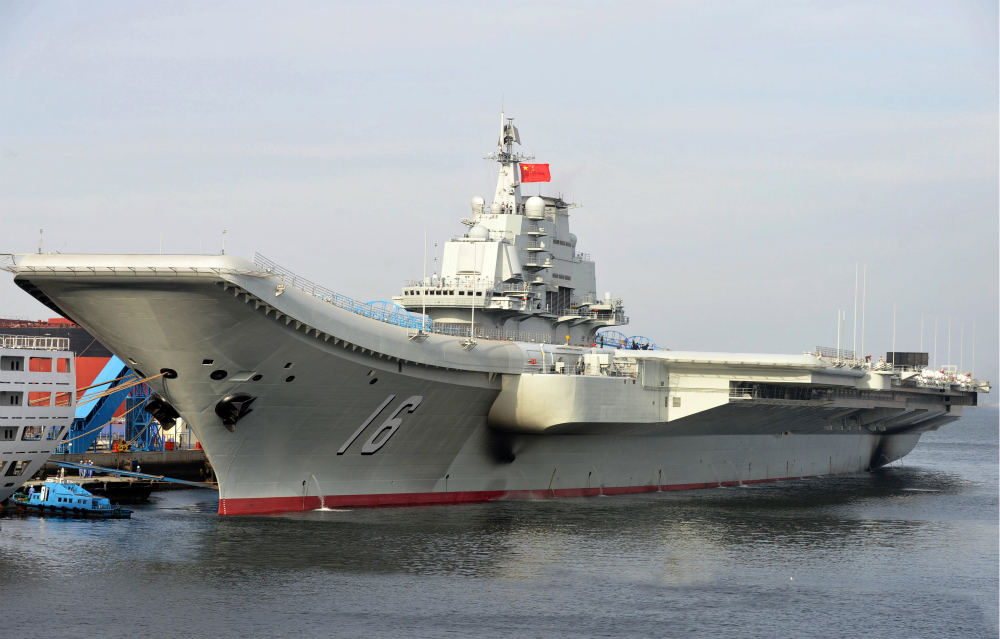 (NationalSecurity.news) While much of the country remains rural and mired in corruption, China poured more resources into its military during the past year, making several advances.

As noted by the Asia Times, the People’s Liberation Army, Navy and Air Force all saw important upgrades in technology and capability during 2016, including the recent launch of the country’s first aircraft carrier.

As 2016 drew to a close, China flexed its military muscle with the high-profile dispatch of its lone aircraft carrier, the Liaoning, to an area of the western Pacific in a carrier battle group formation. Seven warships accompanied the carrier – three destroyers, three frigates and a supply ship.

Contrary to many western China analysts’ who said the Chinese carrier would take many years to deploy, Chinese state media trumpeted naval drills as a sign the the carrier will ready for combat operation sooner than expected.

In addition, the web site said, Chinese military doctrine has changed, at least in the naval realm, to one of force power projection globally, countering U.S. and Russian capabilities.

A review of military developments in China and throughout the world over past year provides a clear picture of China’s military priorities, both conventional and strategic nuclear.

As the year ended, China conducted a flight test of a new missile known as the Dong Ning-3 that the Pentagon believes is a missile designed to hit US satellites in space in a crippling attack in the early phases of a conflict that would limit American military forces from navigating forces, pinpointing targets and gathering intelligence.

For Pentagon intelligence analysts tasked with monitoring Chinese weapons development 2016 was also a year in which PLA began deploying multiple warhead weapons. China’s most potent intercontinental ballistic missile, the new DF-41 was flight tested in December 2015 and confirmed by the Chinese Defense Ministry as a normal “scientific test.”

But there is nothing normal about a strategic missile armed with multiple warheads that represent a quantum increase in strategic nuclear lethality. Most of China’s nuclear force until recently were designed to deliver a single large warhead over thousands of miles.

In February, US intelligence had detected what was described in classified reports as the uploading of additional warheads on older, single-warhead DF-5 missiles.

Between the new DF-41, still under development, and the increased warheads on the DF-5, strategic war planners are now beginning to re-calculate the warhead size and mix for the US nuclear arsenal to be better prepared to deter the expanding Chinese nuclear force.

U.S. military planners and strategic thinkers in the Pentagon have long sought to counter growing Chinese military capabilities, as Beijing has become a rising force in Asia and, now, globally.