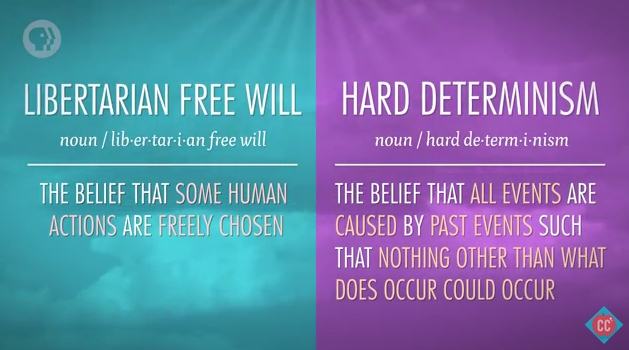 In any Intro to Psychology class students are often faced with questions which challenge their values, or their current understanding of America’s traditional Judeo-Christian morality. For example, they may be asked if it is morally wrong to steal a medication from a pharmacy if a loved one is deathly ill and the medication is unaffordable. Other questions may involve the possibility of having to allow someone to die in order to save others, or even whether or not God exists as an actual being, or as a gene hardwired in our DNA. While educators claim that these types of questions open an individuals mind to the current problems faced by society, the truth is radically different. These questions are posed in an effort to discredit the current culture in which we live, our economic system and the traditional morality which governs our behavior.

From the administrators point of view these questions do address problems faced by our society; however, the effort is focused on changing, or challenging the typical response which is generally based on Christian morality. For example, they want the student to consider the possibility that there is no right or wrong when it comes to making a decision about stealing the medication, they want students to view capitalism as an unfair economic system. They want the student to become accustomed to the idea that some lives may be more valuable than others when it comes to deciding who should live and who should die. Ultimately, the goal is social change and the destruction of a system of morals that those on the left consider to be responsible for all the world’s problems.

The left has had a firm grip on America’s education system for decades. They have used it as a catalyst for social change, a means of changing behavior and beliefs through operant conditioning, as opposed to classically educating those under their control. To understand the basis for the questions discussed above one must first understand the stark differences between the left and right wing world views. The left believes that America and capitalism are greedy, a system of laws designed explicitly to protect the modes of production and the private property rights of the so called “bourgeoisie.”

Karl Marx and Friedrich Engles believed that society could be broken down into two classes, the oppressor and the oppressed. The private property owners and those they exploit. This is the basis of communist thinking. To Marx and Engles, there was no morality in capitalism because they believed the property owners were oppressors; therefore, there is nothing immoral about breaking the laws imposed by them. When a student is asked about the morality of stealing medication for a dying loved one for example, the goal is to get them to see the unfairness in an economic system that prevents them from obtaining that medication simply due to a lack of finances. The leftist professor is attempting to portray America as a system of greed and oppression, because everyone should have free health care of course.

Communists do not view mankind in the same way that Christians do. To Christians, man is governed by his freewill, able to make choices based on a moral system of what is right and wrong. In other words, man is able to see that stealing the medication is wrong because someone else exerted their own labor and resources in order to provide it in the first place. To the communist, man is motivated by nothing more than the economic system which dominates his time. This is called Economic Determinism. In other words, man is not in charge of his ability to freely choose; rather, he is controlled by the urges of self preservation and will act accordingly to survive.

According to Cleon Skousen, author of The Naked Communist, Marx viewed freewill as nothing more than an awareness of the impulses which force him into action. In other words, man is more driven by animalistic instinct rather than rational thoughts governed by a system of morality. To understand this further consider the fact that Karl Marx adopted Charles Darwin’s theory of evolution to back his view of man’s history. To Darwin, man was nothing but an animal. There was nothing special about his existence. From this belief a dehumanizing, scientific view of man has developed which solidifies the explanation of his behavior from a cold, scientific view as opposed to one that supports the idea we are spiritual beings.

“In what we may call the pre-scientific view (and the word is not necessarily pejorative) a person’s behavior is at least to some extent his own achievement. He is free to deliberate, decide, and act, possibly in original ways, and he is to be given credit for his successes and blamed for his failures. In the scientific view (and the word is not necessarily honorific) a person’s behavior is determined by a genetic endowment traceable to the evolutionary history of the species and by the environmental circumstances to which as an individual he has been exposed. Neither view can be proved, but it is in the nature of scientific inquiry that the evidence should shift in favor of the second. As we learn more about the effects of the environment, we have less reason to attribute any part of human behavior to an autonomous controlling agent. And the second view shows a marked advantage when we begin to do something about behavior. Autonomous man is not easily changed: in fact, to the extent that he is autonomous, he is by definition not changeable at all.” (B.F. Skinner, Beyond Freedom and Dignity)

The left views America as a nation where the traditional laws and morals are nothing more than a system put in place to protect the rich and propertied classes. Our behavior, according to them, is driven by nothing more than an urge to survive in a system governed by immoral laws. Everything that we believe to be right or wrong is an artificial construct, (right down to the belief that there only two genders mind you) based on a system of economics that protects certain individuals and exploits others. In order to change this, and create the perfect classless society, they have to first breakdown the moral standards which have governed America since her founding. They have done this in our institutions of learning by discrediting the culture in which we live by blaming societies problems on capitalism and presenting ideas based on socialism/communism as the solution.

After eight years of Obama America is at a crossroads. While Trump won the election and Republicans have more seats than they have in decades, we still have a generation of people literally begging for socialism. If we don’t find a way to articulate to them what the difference is between the way we view mankind and the way they are being taught, this is a fight that will go on.