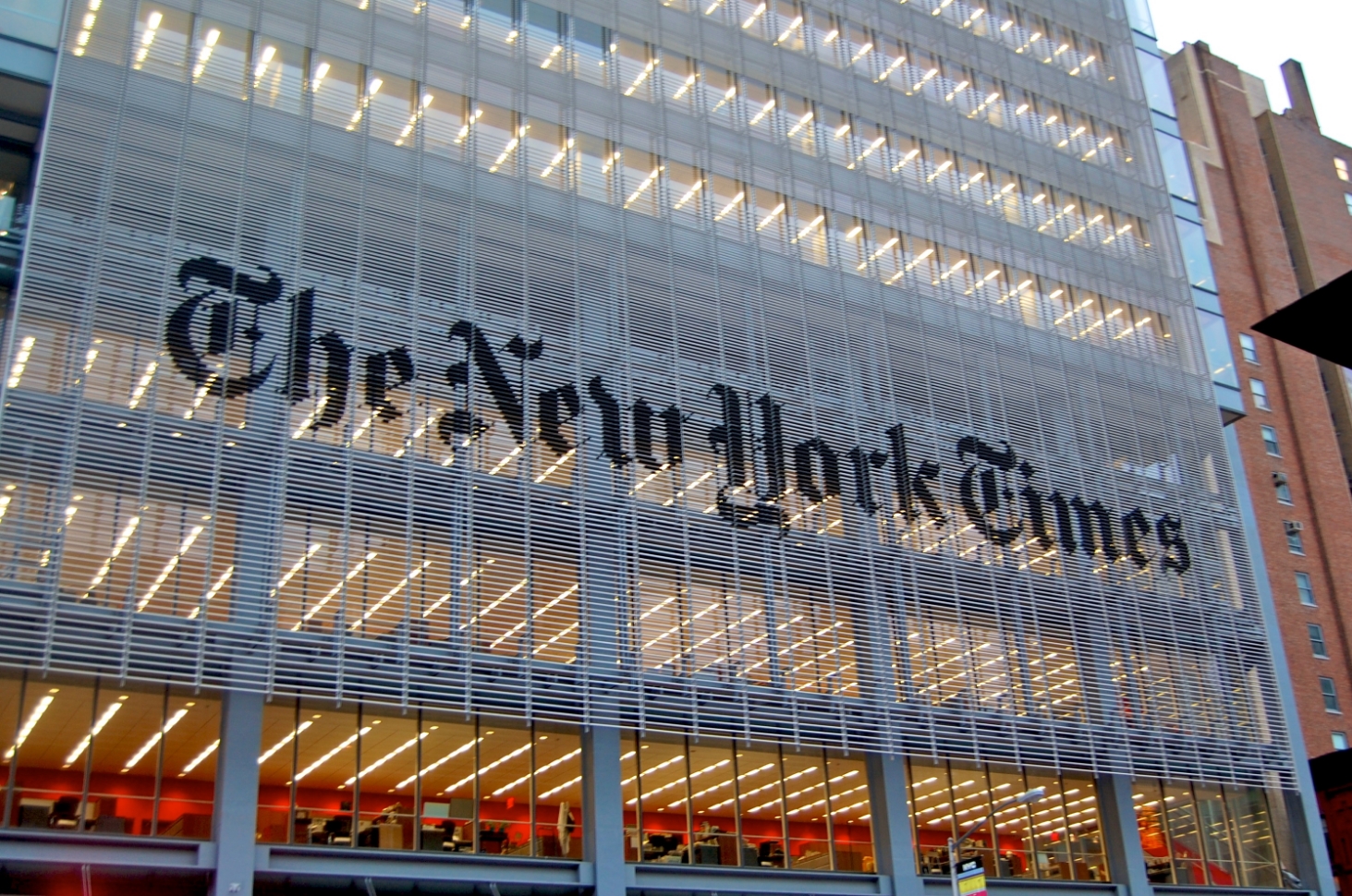 Like other “icons” of the “mainstream media,” The New York Times is slowly dying, and frankly, that is the result of years of self-inflicted wounds that even today its Left-wing hack editors and reporters still don’t understand.

As reported by Zero Hedge, the paper announced recently it would vacate eight floors in the Times’ iconic building and rent them out to someone else as a way to generate operating capital—funds the paper needs just to stay afloat.

That’s odd, given that the paper had previously announced that its ad hoc campaign to bolster revenues by selling subscriptions to its online editions in response to the “threat” of a Donald J. Trump presidency was such a smashing success.

Must not have been that much of a success because now, in a desperate bid to find more operating capital, the paper is diversifying its business model by turning landlord. According to executives Arthur Sulzberger and Mark Thompson, the paper stands to “generate significant rental income” because it is “frankly, too expensive to occupy this many floors when we truly don’t need them.”

The remaining Times staff will consolidate on the remaining redesigned floors, in what is being billed as a “more dynamic, modern and open workplace, one that is better suited for the moment.”

[Meanwhile, Natural News and NewsTarget.com are expanding, as the alternative media rises.]

In addition, the downsizing means that NYT publisher Sulzberger and CEO Thompson are going to lose the posh corner offices, which they have now eschewed as relics “from a different era.” In their place—more “team rooms and common spaces.”

At present it’s not clear if this massive office downsizing will result in firings and the laying off of staff, as part of the cost-cutting underway. But a letter from the company adds that in the long run, “these changes will impact every employee” who remains. In the short term, some 400 employees will be relocated out of the Times building to “nearby office space” while initial work on remodeling and such is completed.

But despite all of that, subscriptions are soaring—no, really. Things are just fine.

Except that they’re not. In June, the Times reported a decline in overall advertising revenue—digital ad revenue, in fact—while taking an overall loss for the quarter. In fact, it was the second straight quarterly loss.

The Times is only following in the footsteps of the Washington Post, the other “national” paper of “record.” In 2013, the Post reported it suffered an astounding 85 percent loss in earnings from the previous year.

And overall, the ‘mainstream’ media is losing eyeballs as well, as more readers turn to unfiltered, uncensored alternative media sources like us.