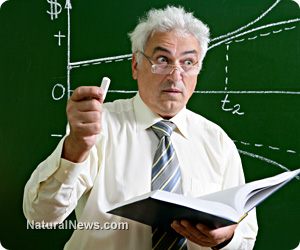 At the University of Colorado, a humanities course is asking its students to reconsider how they perceive their country. Professors are arguing the possibility that the founding fathers of our nation would have been considered terrorists by today’s standards, and that wealthy CEO’s should be imprisoned.

It has been reported that two professors at the Colorado public university are feeding their students a big ration of Marxist revisionism. The course in question is called Resistance and Revolution, and it has 2 teaching professors. History lecturer Jared Benson, and sociology instructor Nicholas Lee combine to argue that the ideals upon which America was founded were nothing more than a fabrication for a social movement. Lee argues that the founding fathers qualify as a terrorist organization because they participated in tarring and feathering. By the way, there is no definitive evidence to support his claim.

Lee has said that “They were an organization of guys that went out and did stuff, tarring and feathering in effigy, and sometimes it wasn’t in effigy. As Jared pointed out, by any modern definition, they were a terrorist organization. I don’t say that to be hyperbolic, literally an organization that uses terror to accomplish what they want, that’s exactly what they were doing, right? So all these people who were our Founding Fathers—well it’s all relative at the time—were using violence and terror.”

Benson and Lee both argue that the Revolutionary War had little to do with freedom because only the wealthy were affected by taxes. They believe that the rich manipulated the oppressed into fighting the war for them. Lee believes that wealthy colonists worked to manufacture discontent using slave rhetoric. “The wealthy led the colonists to believe they were suffering as a result of the British even though the quality of living was actually very high in the colonies for the people at the time—higher than London for the average person.”

Benson provided a lightly shielded comparison between Thomas Paine and Donald Trump. He argued that Paine’s famous work “Common Sense” used hatred and fear to rile up the population. “He caters to the lowest common denominator—people who are scared—scared of things that are different—of different stories, of different narratives. This should sound very similar in 2016. Appeal to the masses by giving them people to fear and hate” said Benson.

Marxist and socialist themes were frequently brought into the course from the two professors. Lee argued to eliminate extreme corporate profits by questioning why corporation’s profits aren’t being reduced in an equivalent amount, instead of increasing the cost of goods. Lee also believes that wealthy CEOs have failed to uphold their human responsibility, and should be placed into moral prisons for their actions.

There is a new website called Professor Watch list which draws attention to professors that show discrimination towards conservative students, promote values that are anti-American, or advances leftist propaganda in their classrooms. The website relies on open submissions from anyone who wishes to file a complaint, then uses the public space to call those professors out. Professor profiles list fields targeted in the curriculum, along with accompanying offenses supposedly committed by the professor. Much of the critiques fall within normal academic and political discourse despite viewing the professors take as unpalatable. The watchlist can however target outspoken Marxist activists who encourage their students to become involved in political activism.

While there are definitely some deserving names that are currently missing from the watch list, it’s not a bad place to start if you wish to know what you might be getting yourself into when deciding whether or not to take a particular course.