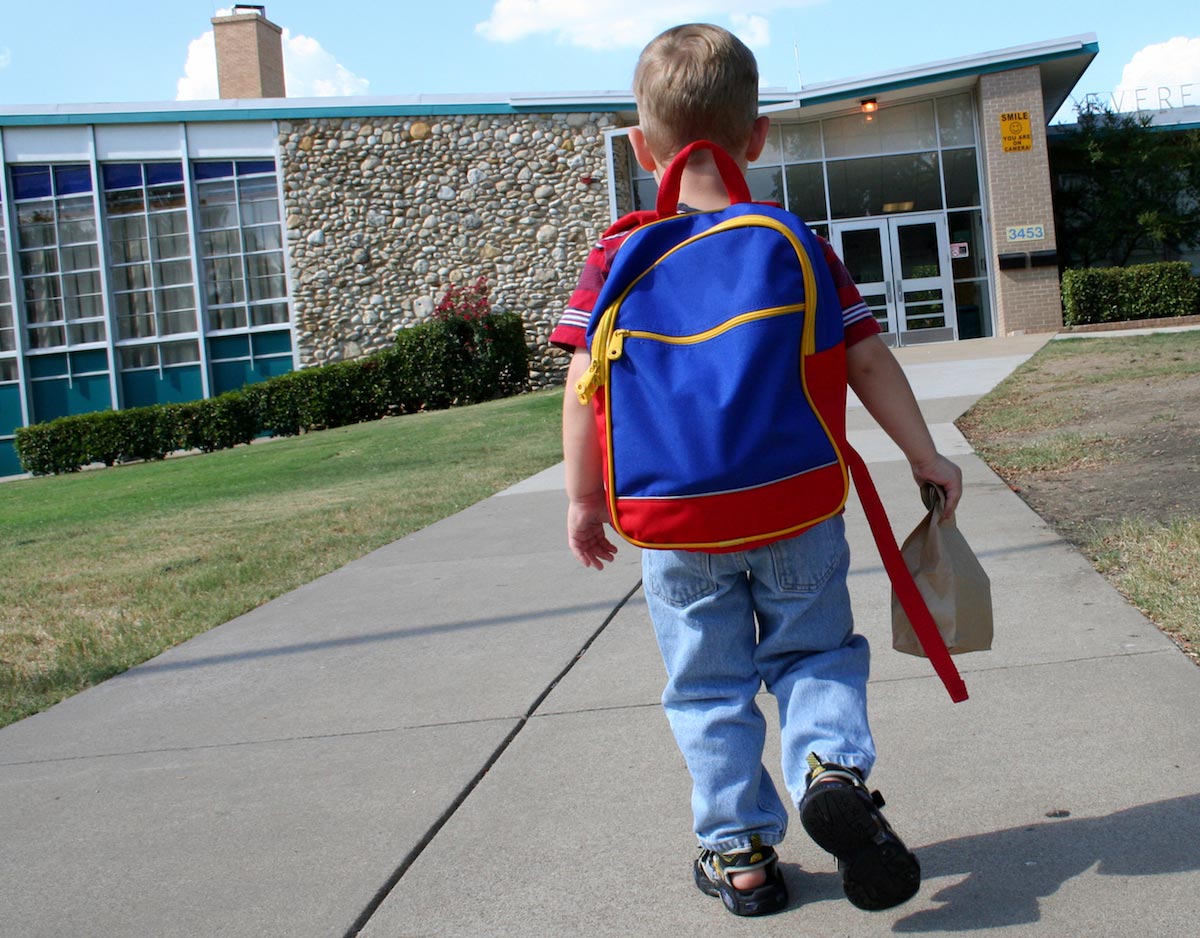 In Magnolia, Texas, it is now a felony crime to walk your own children home from school. Er, I mean the “government indoctrination center.” Seriously, parents can now be charged with serious crimes for merely meeting their children at the school and walking them home.

“The principal has decided that no matter how close the student lives to the school, the student must either take the bus, or the parent must wait in a long car pickup line,” reports Fox 26 in Houston.

“Try to walk your student off the campus and you could face criminal charges… Fox26 knows of 2 other parents who were just threatened with arrest.”

This is yet more evidence that even in Texas, the government thinks it owns your children. Parental rights are being obliterated across the country at a breathtaking pace, including in California where the state can now mandate government injections of your children with aluminum, mercury and other toxic substances that cause autism and neurological disorders.

The same government that has mandated these “immunizations” has also granted blanket legal immunity to the vaccine industry, so if a mandated vaccine harms your child, it’s now your problem to deal with and you can’t sue the manufacturer for its defective, harmful product. In effect, the government can force you to harm your child, then deny you due process in seeking compensation for damage to your child.

Man charged with DUI for driving under the influence of caffeine

Meanwhile in California, a man was arrested and charged with a DUI for driving while under the influence of caffeine. “38-year-old Joseph Schwab has been fighting a DUI for over a year, despite the fact that he was not under the influence of any illegal drugs at the time, he did, however, test positive for caffeine,” reports The Free Thought Project.

“[The officer] arrested him and took him to jail so his blood could be drawn for other drugs. His blood tests came back negative for all illegal drugs. But he did test positive for caffeine. For some reason, this was enough to charge Schwab with a DUI.”

In doing this, California’s incredibly stupid police state bureaucrats are setting a precedent that could get you charged with a felony crime for drinking Starbucks or Pepsi while behind the wheel.

Indeed, California can now raise all sorts of money to fund its illegal alien benefits programs by arresting and charging coffee drinkers with DUIs, generating huge cash flow revenues for the insane police state known better as “Collapsifornia.” (Much of the “justice system” in California is really just revenue generation.)

Now, after 16 months of threatening this 36-year-old driver with felony charges, the libtardocrats of Solano County have admitted they have no evidence of anything and must therefore drop the charges.

In their own twisted words, they still imply the driver was on some sort of drugs, but claim they couldn’t find them even after administering a forced blood test:

“After further consideration, without a confirmatory test of the specific drug in the defendant’s system that impaired his ability to drive, we do not believe we can prove the charge beyond a reasonable doubt,” says the county press release.

District Attorney Krishna Abrams typifies the kind of tyrannical bureaucrats you find throughout the California “injustice” system. They don’t care whether there’s any evidence at all. You’re “guilty” just because they want to get you (and the state has granted them exceptional powers to destroy the lives of innocent people).

I’ve seen other California DAs ruin the lives of completely innocent people, in Ventura County and LA County in particular. There’s no question that California has the most corrupt bunch of DAs in the entire country, and they all act like salivating tyrants who seethe with anger toward anyone who refuses to bow to their power. They are far more interested in prosecuting independent-minded people than criminal-minded people, it turns out.

“What this case illustrates is the arbitrary nature of the state to use any reason possible to find a person guilty,” writes John Vibes at TFTP. “The police state has claimed a right to search your most private property — your own blood. And, whatever they find inside it — can and will be used against you in a court of law.”

Remarkably, that’s true even if they find nothing at all.

Which leads me to ask the obvious question: What’s the point of blood tests when California bureaucrats have already decided you’re guilty even before the test results come back?

Ultimately, this gets back to the core falsehoods of liberalism, the new “religion” of Collapsifornia: Evidence is not necessary when they BELIEVE they are right. This same sort of lunatic, anti-science nonsense is what underlies the entire “climate change” hoax, too.

See my article The top 10 most outrageous science hoaxes of 2016 to learn more.