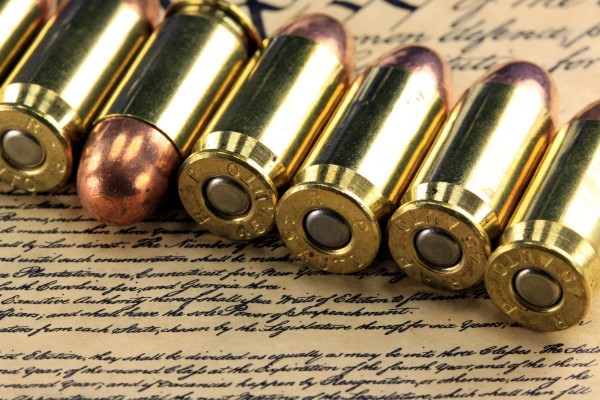 Texas Republican Governor Gregg Abbott has warned that the Arms Trade Treaty (ATT) which was recently reintroduced, could allow the United Nations (UN) to regulate guns in the United States.

Abbott issued the warning via Twitter back in mid-December, concerned that, “This Treaty by Obama could give the UN some authority to regulate guns.” Abbott continued, “Tell the Senate to reject it.” President Obama is making a final push to ratify the ATT before he leaves office, but Republican Senators are aligned to end any chances of the ratification.

Abbott isn’t alone with his fears. Tennessee Republican Governor Bill Haslam has already taken measures to make the treaty unenforceable in his state, should the Senate ratify the ATT. Abbott has been worried for some time now that that the UN could have a say in U.S. gun laws. He told the press back in 2013, “The concern is that the United States is trying to use the United Nations as a back-door mechanism to try to legislate here in the United States, in this instance trying to impose gun control.”

Abbott’s recent warning tweet came on December 13, the same day it was reported that Obama had renewed his push for Senate ratification of the ATT. The treaty was signed back in 2013 by Secretary of State John Kerry, despite additional warnings from the National Rifle Association (NRA).

The Austin American-Statesman was quick to explain the concerns they shared with Abbott. The publication noted that, “Abbott’s staunch opposition to the ATT centers around concern that the treaty is a way for the UN to usurp the Second Amendment and U.S. oversight over guns (and gun rights) in this country.”

The NRA still says ‘no way’

The NRA hasn’t been quiet on the issue either. They believe that the treaty threatens individual firearm ownership and that an invasive registration scheme is a blatant attack on the constitutional rights of law-abiding citizens. The ATT wants to track small arms and light weapons as they cross borders, but the internal registration scheme is an integral part of the tracking process. These aspects of the treaty pose risks to sovereignty on guns in the U.S., and ratification has the potential to result in the UN’s burdensome regulations applying to guns in our country.

For two decades, the NRA has been engaged at the UN in response to the overreach targeting small arms initiatives. The NRA’s Non-Governmental Organization status at the UN allows them to closely monitor the internal debate regarding firearm issues. They will continue to stay wide awake and protect our Second Amendment freedoms here in the U.S., despite being unsuccessful at getting U.S. civilian firearm ownership removed from the treaty’s scope during its drafting phase.