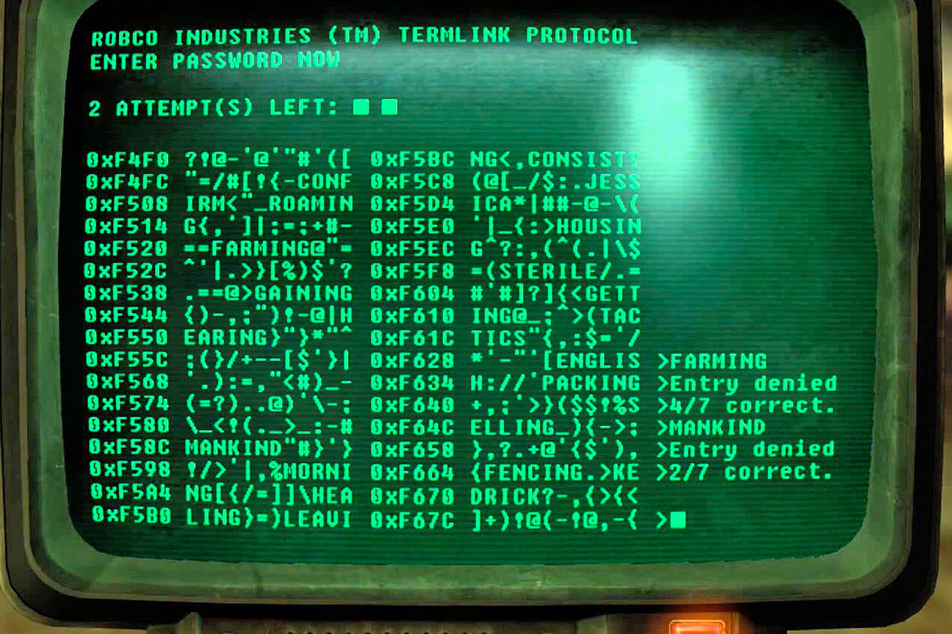 Eagle eyed gamers caught CNN using a screenshot from video game Fallout 4 in a recent propaganda television story linking the Russian state to the hacking of the DNC and Podesta emails. Despite the fact that there is zero evidence of Russia’s involvement, as reported by Thedailysheeple.com, and the discredited Washington Post had already retracted a similar story, CNN’s fake news division doubled down with a “hackneyed” report of their own.

According to Rt.com, Fallout 4 is a very popular post-apocalyptic role playing adventure that shows players hacking into “terminals to get computer access.” In today’s twisted media world, the game’s image was used to pretend a real hacking event had taken place.  Although the screenshot was only used for a few seconds, CNN’s actions created a groundswell of social media calling out the once “trusted” network for creating yet another batch of fake news. Social commentator Mark Dice also included his two cents.

The Independent reports that CNN used the same image on both their TV broadcast, as well as in an online report. The offending  screenshot has since been removed. There have been no explanations or comments from the network about this gaffe. And no apologies for being an arm of the Clinton campaign, or retreats from their bogus Russia hacking reports.

The loss of credibility by a lying media and government agencies is difficult to keep up with. But the Veteran Intelligence Professionals for Sanity (VIPS) are a collection of men and women who know how to dig the truth and declare it. These folks are retired former members of the CIA, NSA and other governmental agencies. As detailed in Sputnik.com,  current VIPS member William Binney annihilates all credibility from the CIA/NSA cabal concerning the false Russian hack claim:

“There should be no guessing here at all. .  . [the NSA] should be able to show the traceroutes of all the packets . . .There is no excuse for not being able to do that. . .”

This is the same William Binney who served many years in the NSA before blowing the whistle about NSA’s spying and massive data collection on Americans.

Did the producer know what these graphics were? Was it deliberately chosen as a social test?  Was this exercise a contrived psychological operation so news outlets will focus on fake news diversions? In our deception whirlwind, it’s critical to just keep digging.