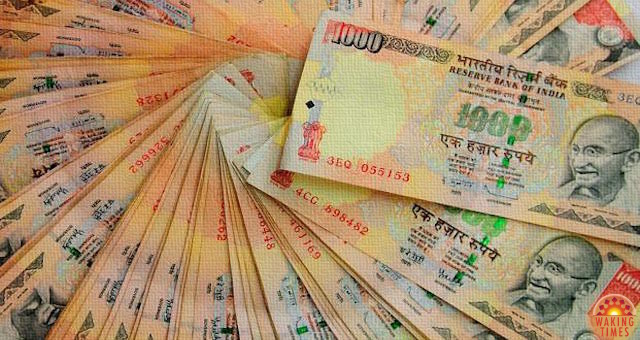 When Narenda Modi, the Prime Minister of India, banned the 500 and 100o rupee notes, which, according to Wakingtimes.com, are the “2 highest denomination notes in India . . . worth around $7.50 and $15.00 respectively,” the effects on the Indian population, especially the poorest, were immediate and chaotic. Using the excuse that banning these cash notes would eliminate “black money” transactions that provide no tax revenues was a poor attempt at covering up the true intention of the NWO’s agenda for a planet where buying and selling anything is digitally based.

A cashless society is one of the final planks in the architecture of the scientific dictatorship. The claws and tentacles are still gripping their agenda, regardless of who the President of the United States is, albeit, President- elect Trump may be able to slow the process down a notch. The NWO would like nothing more than to employ robots and become eternal transhuman gods. They’ll  keep the masses sick and uneducated,  satiating them with tainted water, vaccines, GMOs and chemtrails. The newest generation has been raised on social media, clouds and thumbs. Many only know division and war, surveillance and common core. Most would love the idea of not using that “dirty cash.”  Besides, they are already trained to use the phone to buy and sell, making every transaction available to the NSA and the other NWO minions.

Knowing and controlling every single transaction requires they be digitized. Cash will eventually be outlawed. The road is paved for that conclusion. And it’s not just India that is “experimenting.”  In Sweden, “900 of 1600 banks no longer keep cash.” According to CNBC.com, Kenya has been using the M-Pesa, a mobile phone payment system since 2007. Out of population of 44 million, 19 million people depend on it. Venezuelan President Maduro also intends “to ban the 100 Bolivar note.” He says it will help him stop crime. Right.

According to Washingtonsblog.com, it was a USAID office, at the behest of President Barak Obama, that initiated the push on India to pull the rupees out of circulation.  The program is called “Catalyst: Inclusive Cashless Payment Partnership.” The director, Alok Gupta, is the same man who helped create India’s billion person biometric identification program.  The originators of the project believe Catalyst is a “sustainable and replicable model . . . ” And, of course, when globalist converge, Bill Gates can’t be too far behind. Just like vaccines, ole’ Bill thinks being cashless will improve people’s lives. Right.

Clean food for trade, anyone?