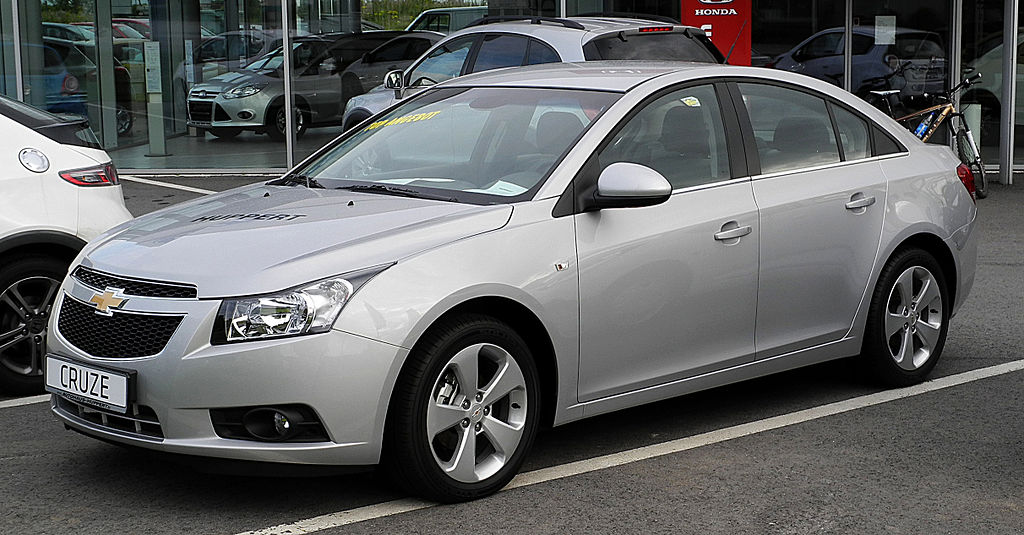 Get used to it: The so-called ‘mainstream media’ discredited itself with fake news stories before and after the November election to harm President-elect Donald J. Trump, and the MSM will continue to do so throughout his tenure.

In recent days, most of the media breathlessly repeated a lie told by the propagandist division of General Motors after Trump called the carmaker out for making its Chevy Cruze line of vehicles in Mexico.

As reported by The Daily Caller, GM followed up Trump’s criticism with a claim that the sedans are manufactured in the U.S. Only, Chevrolet dealerships all over the country are selling Cruzes that are manufactured south of the border.

In recent days Trump tweeted that GM is “sending Mexican made model of Chevy Cruze to U.S. car dealers-tax free across border”. GM officials responded in a statement that said the sedan is made in Lordstown, Ohio, adding that all “Chevrolet Cruze sedans sold in the U.S. are built in GM’s assembly plant” in the aforementioned city.

However, General Motors’ guide on the Vehicle Identification Number (VIN) shows that if a VIN begins with a “3” the car is actually produced in Mexico. The DC reported that cars in Fort Lauderdale, Fla., Houston, Texas, and Beaverton, Ore., just to name a few locations, all sell new 2017 Chevy Cruze sedans that were made in Mexico.

Even the Chevy dealership in Lordstown, where GM said all American-sold Cruzes come from, also lists several Chevy Cruze sedans made at the Ramos Arizpe, Mexico, plant.

A spokesman (propagandist?) from General Motors told The DC, “Any Cruze sedans still on dealers’ lots built in Mexico were sold to dealers in 2016. We built a small number of Cruze sedans in Mexico in 2016 for the U.S. market to supplement the launch of the Cruze at Lordstown.”

“The only Cruze model being shipped to the U.S. market now is the Cruze hatch,” the spokesman added.

Translation: We got busted and we had to come up with something to save our reputation after being called out by President-elect Trump.

As stated earlier, the discredited mainstream media breathlessly and eagerly reported whatever GM vomited, because they are hell-bent on countering and de-legitimizing Trump at every opportunity. They have no intention of treating him with anywhere near the deference and outright leniency they treated President Obama for the last eight years. This is just more proof of that.

In the meantime, more American companies—including automakers Ford and Chrysler (which is owned by Fiat)—have put faith in Trump and the GOP Congress that they will follow through with promises to cut abusive, expensive federal regulations as well as the world’s highest corporate tax rate (35 percent) in announcing they will keep operations they planned to move to Mexico in the U.S.

Trump…not even in office yet and already “Making America Great Again.”