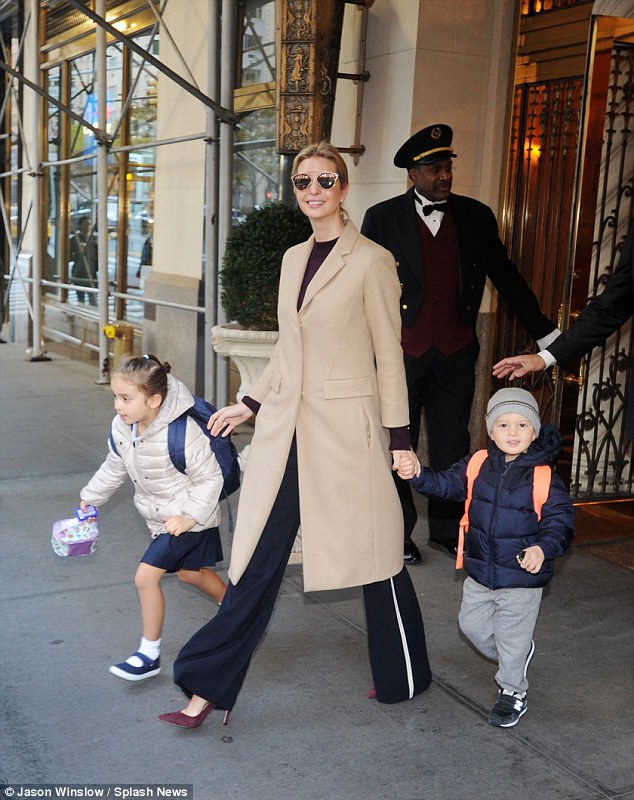 Those on the political Left love to pretend that they are the most tolerant and accepting people on the planet, but the reality is, they are least accepting and tolerant and they prove it constantly.

In fact, just recently, President-elect Donald J. Trump’s eldest daughter Ivanka, was verbally assaulted by a bully on a JetBlue flight as she sat in her seat with her young children, trying to pretend the idiot loud mouth did not exist.

The idiot—otherwise known as Dan Goldstein, a lawyer from Brooklyn—yelled at her that her father, who of course has not even taken office yet, was “ruining the country.” Indeed, the outburst was not spontaneous, New York Post columnist Karol Markowicz wrote of the incident, which occurred just a few days before Christmas. Goldstein’s husband had tweeted from the JetBlue terminal at JFK Airport earlier that Goldstein was “chasing” Ivanka and her kids down so he could “harass” them.

“Why is she on our flight,” Goldstein asked flight attendants, as though Ivanka Trump does not have the ‘right’ to fly on a commercial airliner just because this so-and-so Leftist doesn’t agree with her father’s politics. “She should be flying private.”

He allegedly engaged with Ms. Trump’s children as well—which makes him a real scumbag considering their very young ages.

Only a Leftist becomes an intolerant bully, then excuses the behavior

Why the Secret Service did not step in and body slam this coward is anyone’s guess, but the airline staff stepped up and tossed those jerks off the plane, all the while complaining that they shouldn’t be punished for ‘expressing their opinion.’ Apparently he got all the way through law school and can’t understand the difference between being opinionated and illegally harassing someone on a flight.

“The last few years, we’ve seen the creation of safe spaces, though they’re usually for protecting fragile Leftists from disagreeable thoughts and arguments,” Markowicz wrote. “Lunatic men badgering women on planes in front of their kids apparently is fair play—if that mother is related to a Republican you don’t like.”

In other words, to Left-wing bullies, the ends justify the means. All is fair, rules and etiquette go out the window, and if you’re a conservative or even to the right of the Leftist, there is no such thing as “vile treatment” because you deserve everything you get, goes the thinking.

Not so much if, say, a conservative was to harass soon-to-be-former first lady Michelle Obama and her kids on a flight someday soon, accusing her ex-president hubby of “ruining the country.” Liberals in the discredited ‘mainstream media’ would explode with rage.

What’s funny about this particular incident is that Ivanka is anything but a “right-wing extremist.” She considers human-caused “climate change” a real thing and even met with the world’s No. 1 climate hoaxer, former Vice President Al Gore. Why in the world harp at her?

Some Leftists are honest enough to admit their bias

Because she makes an easy target for a Left-wing bully who wouldn’t dare try such a thing with the president-elect himself—or if Ivanka’s husband, Jared Kushner, had been accompanying her. How do I know this? Because that’s how bullies behave; they prey on the weak or, at least, on people they don’t think will push back.

And about that bullying thing—Leftists are the ones who claim to be against that, too (unless, of course, you’re not one).

Then there is the “issue” that Leftists have with Christians. Even some so-called “progressives” have admitted that Left-leaning liberals are frankly intolerant of Christians, even while praising members of other religions (like Muslims, whose extreme elements commit 99 percent of all terrorism in the world today).

“We progressives believe in diversity, and we want women, blacks, Latinos, gays and Muslims at the table — er, so long as they aren’t conservatives,” Nicholas Kristof, a columnist at The New York Times, wrote in May.