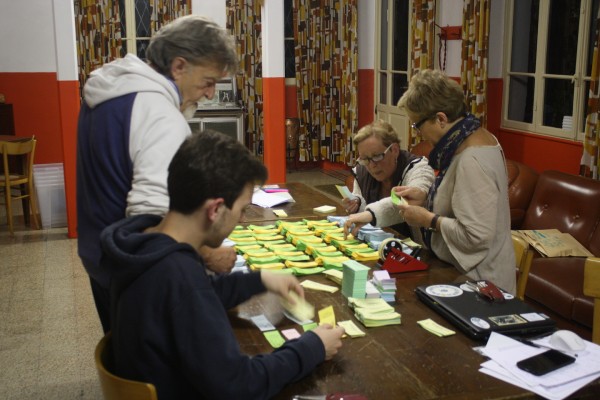 One of the most frustrating things for taxpaying Americans is the fact that there are people out there, some of whom are just plain lazy, who are living off our hard work through the Supplemental Nutrition Assistance Program (SNAP). Instead of forcing people to survive on their own, without government assistance, the federal government is obsessed with creating a generation of leeches so dependent on the government that they cannot survive on their own.

This has never been more apparent than it has become with the Obama administration, whose socialist policies are enough to drive libertarians and conservatives clinically insane. The administration is doing all it possibly can to raise taxes on the middle class and enact ever more welfare programs, with the result that those who are actually part of the American workforce are paying for everything that the lazy leeches could possibly desire.

Remember, there are people whose phone bills are paid through tax dollars. That is shockingly unjust, but it is happening every single day in America. Now it appears as though these same lazy bums are going to be able to “buy” food through Amazon.com by using food stamps issued by the government. Considering that over $66 billion in government assistance was spent on food in 2016 alone, that number is almost guaranteed to jump thanks to this new policy.

As reported by Spencer Soper and Craig Giammona of Bloomberg Technology, “Low-income shoppers are an intriguing target for Amazon, which has been trying with mixed success to disrupt the $800 billion grocery market. More than 80 percent of food stamp recipients live in or near big cities, which are served by Amazon’s vast network of warehouses and home to the affluent and poor in close proximity.”

What makes this even more annoying is the fact that those who are living off these benefits often appear to be extremely unhealthy and are oftentimes overweight. They’re almost never in good shape or taking care of their bodies, which begs the question: Why are we paying for these people to slowly kill themselves? It just doesn’t make any sense. This is yet another part of Obama’s legacy that will be remembered as a complete and utter mistake.

Hopefully the incoming Trump administration will usher in the belief that the American people need to be self-reliant and not sitting around waiting for the federal government to solve all of their problems. If Trump truly believes in helping the American people and intends to keep his campaign promises, then it is clear that he needs to destroy the welfare state. The most humane thing that can be done for those living on government assistance is to do what needs to be done to get them off it. It may be politically incorrect to say so, but it is the truth, nonetheless.