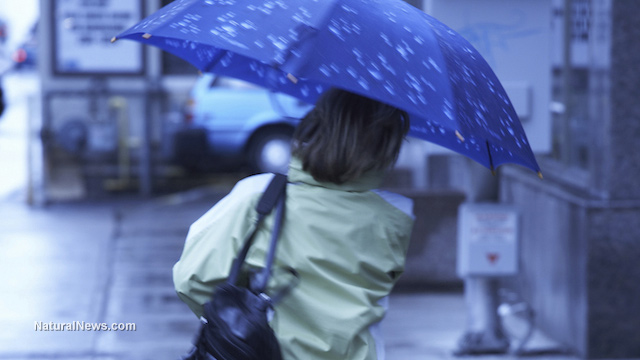 During the campaign, then-GOP nominee Donald J. Trump said he was not convinced that so-called “manmade global warming” and “climate change” was real, pointing out that instead of being “settled science,” there was plenty of conflicting information out there (not to mention outright fraudulent manipulations of temperature data).

As president, Trump’s position appears to be consistent with his skepticism.

Shortly after being inaugurated on Friday, the official Whitehouse.gov web site was scrubbed of all references to climate change. See the difference here.

During the Obama administration, the official White House site carried an information piece titled, “A Historic Commitment to Protecting the Environment and Addressing the Impacts of Climate Change,” which explained the former president’s commitment to policies that were ostensibly designed to reverse human impact on the climate through industrialization and modernization.

Obama, like all climate change hoaxers, claimed that it was the ‘biggest threat to our children’ than nuclear war or terrorism, and he regularly trotted out “data” that his federal bureaucracy claimed was “proof” that a) the Earth’s climate is “changing” and b) it’s because too many cows fart and too many Americans drive SUVs.

But Trump—and a host of genuinely independent scientists and climatologists interested in real data—has never bought into the hype. What’s more, he and millions of Americans watched as Obama’s business and economic policies destroyed jobs and opportunity because they were based on something more akin to a religion. (RELATED: How are ‘they’ fooling us today? Find out at Hoax.news)

“Climate skeptics are thrilled that one of the very first visible changes of the transition of power between President Obama and President Trump is the booting of ‘climate change’ from the White House website,” said a statement from Climate Depot, a project of the Committee for a Constructive Tomorrow, or CFACT, which documents climate change hoaxes and phony data. “Trump is truly going to make science great again and reject the notion that humans are the control knob of the climate and UN treaties and EPA regulations can somehow regulate temperature and storminess. Welcome to the era of sound science!”

While the Obama-era climate change page has been taken down, the Trump administration has uploaded the president’s “America First Energy Plan” to the Whitehouse.gov site in its place.

“Energy is an essential part of American life and a staple of the world economy. The Trump Administration is committed to energy policies that lower costs for hardworking Americans and maximize the use of American resources, freeing us from dependence on foreign oil,” the plan says. “For too long, we’ve been held back by burdensome regulations on our energy industry. President Trump is committed to eliminating harmful and unnecessary policies such as the Climate Action Plan and the Waters of the U.S. rule. Lifting these restrictions will greatly help American workers, increasing wages by more than $30 billion over the next 7 years.”

The plan also notes that “sound” energy policy must begin with the acknowledgement that the United States has vast, untapped energy reserves that have been placed under federal ‘protection’ for decades by previous administrations. The administration says it is committed to unlocking those reserves and embracing the shale oil and gas “revolution” that will bring good-paying jobs to millions of Americans. (RELATED: What’s going on with American energy? Find out at Power.news)

That kind of a policy plays right into the hands of the angry Left, which has claimed for months that Trump would destroy the environment by making our air and water dirtier. But such ridiculous claims are based on the irrational premise that our new president wants us to have dirty air and water—which is something he, too, would suffer.

The web site says there is an estimated $50 trillion in untapped shale in the U.S., along with oil, and natural gas, “especially those on federal lands that the American people own.” The administration would use the revenues from energy production to “rebuild our roads, schools, bridges and public infrastructure,” which Trump frequently brought up on the campaign trail. By tapping into U.S. reserves, energy prices will come down for all Americans, and “will be a big boost to American agriculture as well.”

The Trump administration also said it will be committed to clean coal technology, as well as reviving the coal industry so ravaged under the Obama regime.