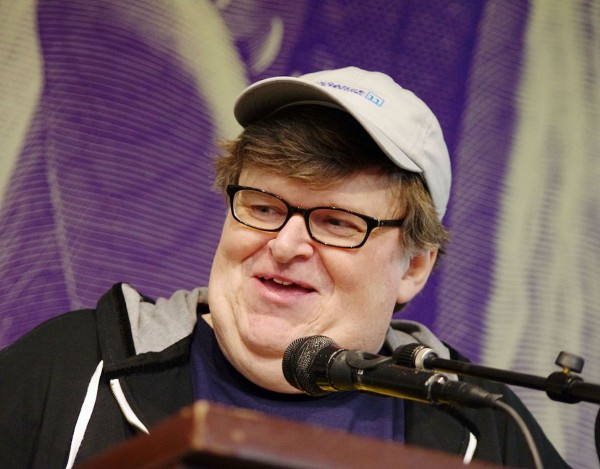 In addition to being a lackluster filmmaker and loudmouthed left-wing activist, Michael Moore has spent the past six months as an unofficial spokesperson for the Regressive Left. From the first moment he realized that there was a good chance of Donald Trump becoming the next president of the United States, Moore has been on an endless tirade about how evil everyone who isn’t a leftist is. If you have an opinion different from Michael Moore, he thinks you hate yourself. That’s what kind of a delusional person he appears to be.

This has never been more apparent than on Sunday’s edition of MSNBC’s AM Joy, when Moore stated that every female supporter of Donald Trump is a victim of internalized misogyny. Instead of treating women like conscious human beings who can make up their own minds about political issues, Moore has convinced himself that everyone who voted for President Trump is some sort of brainwashed slave. Oddly enough, those of us who oppose him could argue that he is the brainwashed one.

During the interview, Moore stated, “I did run into Trump voters, and I asked them, especially — I remember one woman. I said — she was telling me that she voted for Trump. I said ‘Really? In spite of his attitudes toward women and the things that he said?’ And she said, ‘Well, you know, women, a lot of us, we’ve just had to learn to take it over the years. You know, that’s how my dad talked and that’s how my brothers talk.’ And I thought, oh, geez, you know, it was such a reminder of still how far we have to go.”

Few things seem less “feminist” than a creepy old man like Michael Moore telling women how they should think and behave. That is exactly what he is doing here, though he isn’t saying it outright. By trying to guilt-trip women brave enough to stand up to the status quo and admit that they voted for Trump, Moore is enabling the same tactics that he often criticizes Trump for using. But expected someone so far on the left to understand free thought is pointless.

The saddest irony about the third-wave feminist movement is that if those who were running the show actually respected women as people who can make their own decisions, they wouldn’t be demanding that every female on the planet be part of their hivemind. They would respect the fact that a person’s gender does not mean that they have to share the same opinions as every other person with that particular gender. Not all men think alike, so the real egalitarian view would be to honor the fact that not all women think alike either. Instead, the Regressive Left claims that all conservative women suffer from internalized misogyny. They just can’t accept the fact that there are women who don’t need slobs like Michael Moore to defend them. It eats at them endlessly — and that proves that they are the true sexists.

The bottom line is that while celebrities and leftists love to pretend as though they are the ones who are being silenced, it is conservatives — of every race, gender and ethnicity — who are the ones being targeted. If the Regressive Left is actually concerned with hearing the voices of women and minorities, then they owe it to women and minorities with conservative views to hear their voices as well.