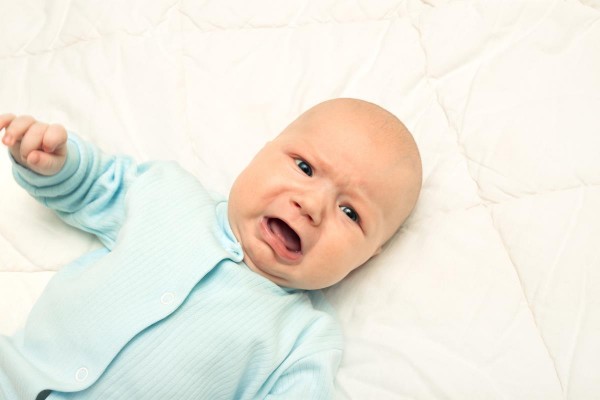 Most people want children to be born happy and healthy, but because of the worsening heroin and opioid epidemic, more of them are being born with a horrible addiction, even as they breath their first breaths as they enter the world.

When they are born, their cries are not normal. They are high-pitched and genuine screams of pain—pain that only comes from the withdrawal addicts get. They also shake, and suffer with diarrhea and vomiting. But the shrill screams are what makes taking care of them so difficult, say their caretakers.

“When they are born, because they’re no longer being exposed to an opiate, they’re going to go through withdrawal. That is what we deal with. We deal with babies going through withdrawal,” Dr. Sean Loudin, medical director of a neonatal therapeutic unit at Cabell Huntington Hospital and another facility called Lily’s Place, told CNN.

The doctor first spoke to the news network in September following an outbreak of heroin overdoses in Huntington, WV, a town in Appalachia that is essentially the epicenter for America’s heroin addiction. He has witnessed the tragedy that is the growing opioid addiction among mothers (and adults in general) who give birth to babies undergoing what is known as “neonatal abstinence syndrome”—withdrawal—at rates that are climbing rapidly.

In fact, according to recently released research that was published in the Journal of the American Medical Association (JAMA) and which lays bare the scope of the problem, rates of neonatal abstinence syndrome have shot up nearly fivefold across the U.S. in just the past decade. It is reminiscent of the crack cocaine epidemic of the 1980s-1990s, mostly in America’s inner cities.

Between 2004 and 2013, the study found, the proportion of babies suffering withdrawal symptoms at birth was more pervasive in rural counties, climbing from 12,9 percent to 21.2 percent.

CNN noted also that the frequency of hospital-based deliveries that involved complications from opioid use/addiction in the mother also rose during the same period—from 1.3 to 8.1 per 1,000 hospital deliveries among rural mothers. Urban mothers with opioid complications rose from 1.6 percent to 4.8 percent.

“The most alarming thing to me was the growing disparity that we are seeing between rural and urban areas,” Dr. Nicole Villapiano, the lead researcher in the study and a pediatrician from C.S. Mott Children’s Hospital at the University of Michigan, said.

Included in the study were all obstetric and neonatal deliveries from 2004-2013, as gathered from the National Inpatient Sample database. Only a decade ago, there were zero differences between the rates of neonatal abstinence syndrome in cities or rural areas. However, the new research, Villapiano said, found that there has been a nearly sevenfold increase in the occurrence over the last 10 years—which is stunning.

Big Pharma and the medical community get some blame for this epidemic, too

“The diverging trend was the most striking thing we found,” she said.

Babies suffering from withdrawal have a number of issues they must deal with, such as sleeplessness and irritability (one makes the other worse, actually), and general discomfort. The more serious side effects can include delays in their growth and development, as well as seizures.

The extra care needed for babies in withdrawal is taking a heavier financial toll on rural health care centers and hospitals that are already struggling with fewer resources. Villapiano and her co-authors said in their study that the big difference in occurrence between city and rural areas “highlights the urgent need of policymakers to appropriate funding for clinicians and programs that could improve access to opioid prevention and treatment services for rural women and children.”

There is also some blame to be spread to Big Pharma, and the traditional medical community that began handing out powerful, addictive opioid painkillers years ago. Now the problem has clearly gotten out of hand and we have another full-blown Big Pharma epidemic emergency on our hands that will cost lives and treasure to quell.

And in the meantime, thousands of our most helpless, vulnerable new citizens will suffer innocently.